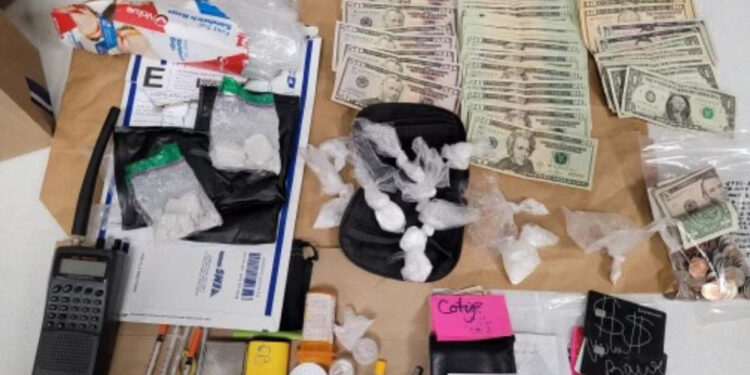 The Sebastian Police Department assisted Homeland Security on a drug bust where the dealer was using the local post office on Main Street to pick up illegal drugs to distribute in the area.

Both the Special Investigations Unit (SIU) from Sebastian and the Department of Homeland Security and Investigations (HSI) conducted the takedown of a known drug dealer in Indian River County.

The dealer was identified as Christopher Jon Bauer, 45, of Barefoot Bay.

“This known drug dealer was using the US mail to move his drugs from city to city. Our SIU Unit and HSI found this drug dealer was going to be picking up an unknown amount of illegal drugs at the Main Street Post Office and planned to stop him there,” the Sebastian Police Department said.

The agency said officers conducted a traffic stop when the dealer arrived for the pickup. However, the suspect refused to stop.

“A short pursuit was initiated where officers had to use a PIT maneuver to get the vehicle stopped.”

After the suspect was taken into custody, the list of items below were found at the post office and on the suspect.

“Another great job by our detectives, K9 Unit, and HSI,” the agency said in a statement.