Tropics are getting busy again near Florida 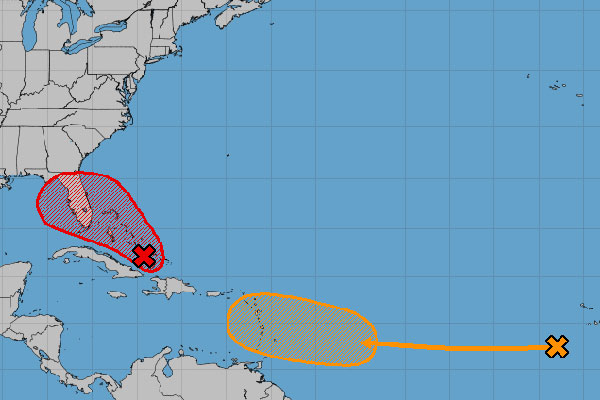 We are monitoring two tropical disturbances.

The tropics are getting busy once again, and one system is expected to bring rain to Sebastian later this weekend. There are no threats of a hurricane at this time.

The first system is near Florida and is expected to form into a tropical depression or tropical storm. It’s too early to tell. This system is near Cuba and moving northwest.

The only threat to Sebastian could be heavy rain and strong winds. The system is not likely to become a hurricane.

“Conditions are becoming favorable for a tropical depression or a tropical storm to form within the next day or so as the system moves toward the northwest through the northwestern Bahamas and toward the Florida Peninsula at 5 to 10 mph. If this development trend continues, Potential Tropical Cyclone advisories will likely be initiated later today,” the National Hurricane Center said.

The second system is a tropical wave located several hundred miles west of the Cabo Verde Islands. The tropical disturbance is producing showers and thunderstorms. A tropical depression could form early next week while the system moves westward.

The system was supposed to dissipate this week before it reached the Caribbean Sea, according to the National Hurricane Center.

We are monitoring this storm closely.