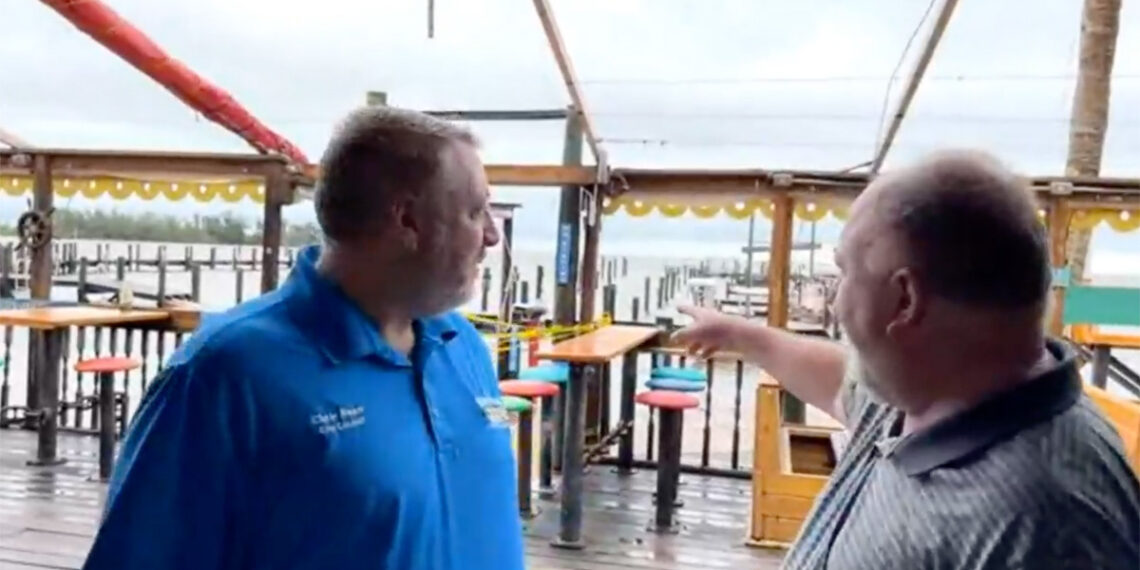 Hurricane Nicole came through Sebastian early this morning at around 2:00 a.m. with the highest wind speed clocked at 79 mph. The storm caused damage to docks and power outages to 26,000 homes in Indian River County, but power has been restored to 9,600 homes as FPL crews are working in several neighborhoods at this hour.

There is severe damage to the docks at Sebastian Saltwater, Squid Lips, Capt. Hirams Resort, Tiki Bar & Grill, and Mulligans Beach House. Most of the businesses along Indian River Drive are now without power. However, overall, establishments along the waterfront appear to be okay.

A sailboat is beached near the dock at Barefoot Bay and another at Fisherman’s Landing, where Sebastian City Councilman Chris Nunn assisted yesterday. Then, there is a motorboat in the mangroves across from the Mo Bay Grill Restaurant and another just north of the boat ramp on Main Street.

A lot of debris washed up on Indian River Drive from the storm surge last night, but city crews are already clearing the roads.

Hurricane Nicole has weakened to a tropical storm and is currently 30 miles from Orlando. The eye of the storm passed through Sebastian, Fellsmere, Micco, and Vero Beach last night, with the highest winds clocked at 79 mph at around 2:30 a.m.

The current windspeeds in Sebastian are 30 mph, and we can expect that to remain until later tonight when they will decline to 15 mph.

Most businesses are closed, but Moe’s Deli of Sebastian opened its doors early this morning, serving breakfast.

Overall, Sebastian had minimal damage from Nicole, even with winds near 80mph. The challenge now is rebuilding the docks at several local businesses, restoring power to homes and businesses, and removing the vessels that are beached.

Thank you for trusting Sebastian Daily during the storm.