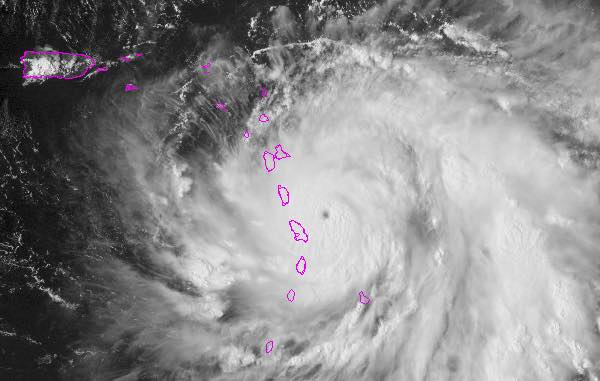 SEBASTIAN – Computer models for Hurricane Maria have been interesting this time around, as tracking for both the GFS and the European spaghetti paths are all in agreement for now.

The Hurricane Maria European models all agree on a northern track, except for a couple of spaghetti paths that take the storm west into the Gulf of Mexico.

These tracks can change depending on the weather, such as a cold front moving down from the south, the high pressure, etc. There are several weather conditions that steer a hurricane when it’s out at sea.

Most people say that the European hurricane model for Maria has been accurate thus far, and it was the same during Irma when it made landfall on the west coast of Florida instead of the east.

The GFS hurricane model for Maria has been the same as the Euro, steering it northward and past Florida in the coming days.

The problem with a lot of these hurricane computer models is the reliability since they are unable to keep up with certain weather conditions that can change the path of a storm.

This is why NOAA and its National Hurricane Center only does a 3 and 5-day cone of certainty when making a storm prediction, and sometimes the cone will change within that 3 or 5-day period because of sudden weather conditions.

For people living in hurricane-prone areas, it can become frustrating. Will it hit my area? Will it turn back out to sea? Those are some of the questions people have when trying to determine a path for the storm.

Unfortunately, some people wait until it’s too late to evacuate because they are focused on the predictions, which can change on a dime.

Most of the Hurricane Maria track models agree that the storm will turn out to sea. But, this can be a problem with states north of Florida.

It’s also a bigger problem because this hurricane will be in warmer waters longer, giving it more strength as it moves near the coastline of Georgia, South Carolina, and North Carolina.

There is also the probability that Maria will go out to sea and not make landfall.

This is another example of how frustrating these hurricane tracks can be. It’s impossible to predict an accurate path.

Fortunately, we do have hurricane models that are done by computer, and they can calculate some weather conditions. At least there is a general idea where the storm will travel.

About 15 years ago, it was difficult to know if a hurricane like Maria was going west into the Gulf, or north along the east coast shoreline of the United States.

Technology will only get better in the future, but in the meantime, we do have some way of knowing where a dangerous storm to travel, or where it could make landfall.

Hurricane Maria is already a dangerous storm, according to the National Hurricane Center. Anyone living on the coastline of the Atlantic Ocean should pay close attention in the coming days.