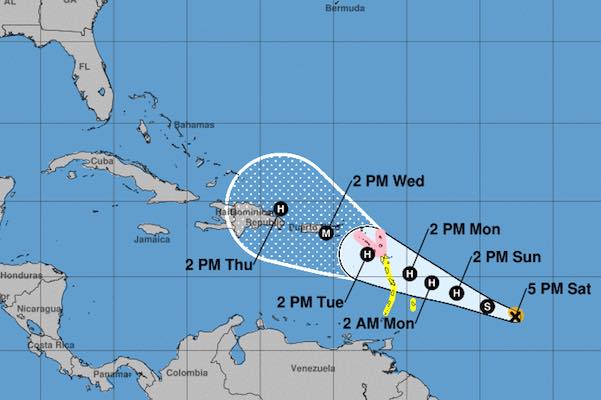 Tropical Storm Maria forms in the Atlantic Ocean and many fear that it's taking the same track as Hurricane Irma. (Photo: NOAA)

Tropical Storm Maria was named during a 5:00 p.m. update by National Hurricane Center. Forecasters say it will likely bring dangerous winds, storm surge, and heavy rain to parts of the Lesser Antilles next week.

By Wednesday, the Virgin Islands and Puerto Rico could again face fierce winds with Maria expected to become another major hurricane.

It’s still way too soon to know what impact Florida and the U.S. might face from Maria, if any, as it continues to take a similar track as Irma.

Spaghetti model projections are so far out and can often be hundreds of miles off. But an early run of the European model takes the storm toward Florida.