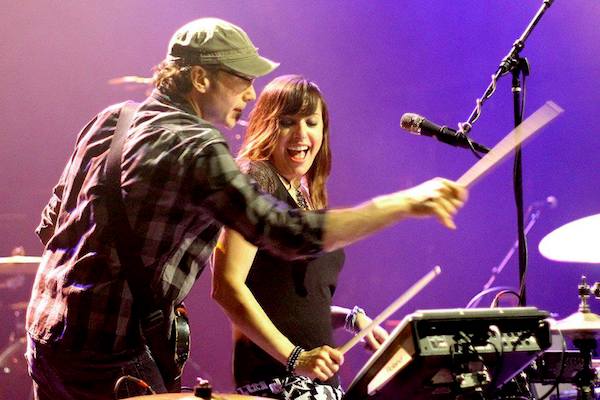 SEBASTIAN – SIRSY, the popular band whose music appeared on the Showtime TV series “Shameless,” will take the stage this Thursday night at Earl’s Hideaway Lounge for Bike Night.

SIRSY is an American rock duo formed in Albany, New York. The group consists of Melanie Krahmer and Rich Libutti.

During their live shows, Krahmer also plays bass on a keyboard with her drumstick and Libutti plays bass pedals with his feet

Both Krahmer and Libutti have theater backgrounds. So, their energetic live show often includes stories and laughter from the stage.

Although the lyrics can be introspective and the power of SIRSY can get pretty intense, “there is no sadness there,” Krahmer says. On stage, they radiate joy. “It’s just us being free and playing music.”

SIRSY will start their performance at 7:30 p.m. at Earl’s Hideaway Lounge for Bike Night. This is going to be a great show, so you don’t want to miss it.