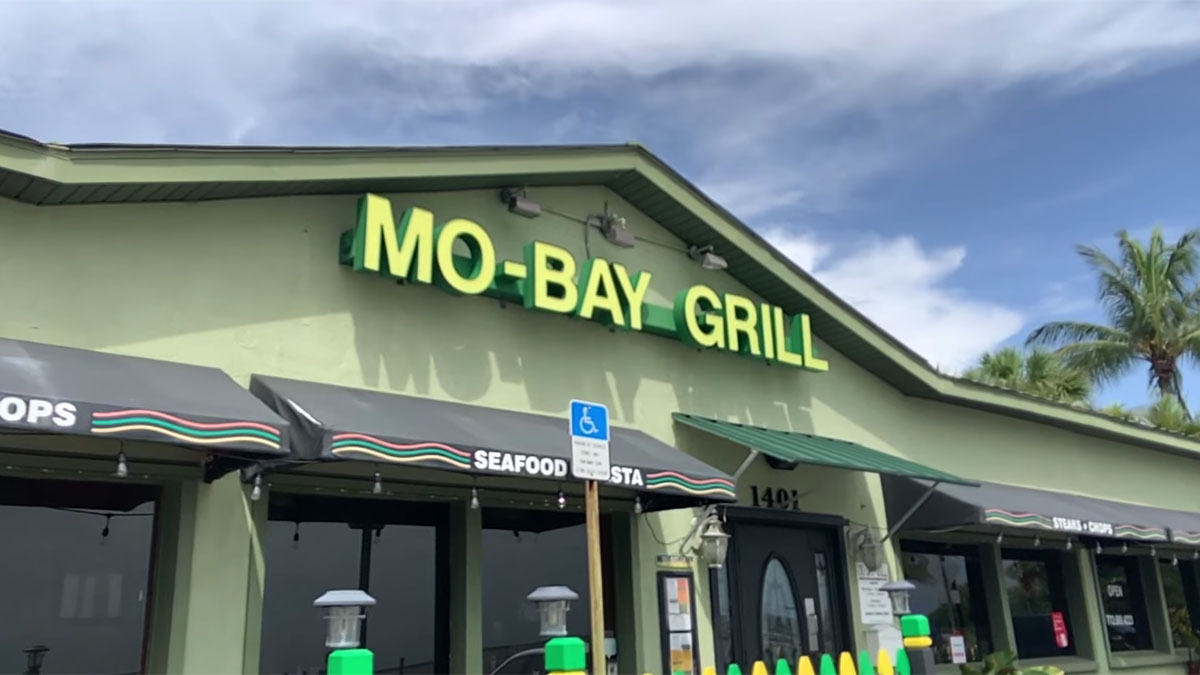 Mo-Bay Grill recently announced they made it into the Sebastian Business Hall of Fame, which has prompted questions by locals.

Since Sebastian Daily hands out business awards, some people thought we were the Hall of Fame presenter. But, we are not the presenters. After owner Wesley Campbell posted it on Mo-Bay Grill’s Facebook page, some people are now questioning the award’s validity.

There is also a picture of the award, showing Business Hall of Fame and “Best of the Best Seafood Restaurants” for 2022 in Sebastian, which also raised suspicion.

So, we decided to investigate the award and the company that allegedly presented it to the restaurant for nine consecutive years.

The presenter calls itself the “Sebastian Award Program” with a link to its website, which does not exist, nor does the public relations email address.

The Chamber of Commerce doesn’t know of any company like this either. Neither does the City of Sebastian. There’s also no mention of the company on SunBiz for the State of Florida.

“The Sebastian Award Program was established to recognize the best of local businesses in our community. Our organization works exclusively with local business owners, trade groups, professional associations, and other business advertising and marketing groups. Our mission is to recognize the small business community’s contributions to the U.S. economy,” as described on Mo-Bay’s website.

We asked several local businesses that have been in Sebastian for 10, 25, and 40 years, and none know anything about this award program or company.

“Recognition is given to those companies that have shown the ability to use their best practices and implemented programs to generate competitive advantages and long-term value,” as mentioned about the award.

Does this mean that only Mo-Bay Grill has achieved this ability in Sebastian? That’s a massive undertaking to recognize only one small business in the Sebastian community for its contributions.

“Our mission is to recognize the small business community’s contributions to the U.S. economy,” the award states.

Sebastian Daily has reached out to Mo-Bay Grill owner Wesley Campbell multiple times for comment to help us understand more about the “Best of the Best Seafood” and “Sebastian Hall of Fame” awards. Unfortunately, he did not return our phone calls, emails, or private messages.

We called Campbell again this morning and left a message informing him about this article, asking him for information about the company that presented him with these awards. He then copied the award information on his website and sent it to us.

Maybe Mo-Bay Grill is a victim of receiving an award from a presenter that doesn’t exist? If so, why would Campbell not answer direct questions from his customers or the local press?

You can ask anyone in Sebastian where the best seafood places to eat are, and they will name places like Crab E Bills, Capt. Hirams, Blackfins Riverfront Grill, Tiki Bar & Grill, Sebastian Saltwater Marina Restaurant (formerly Capt’n Butchers), Crab Stop, and Portside Grille. So, why would Mo-Bay Grill receive such a prestigious award over all other restaurants specializing in just fresh seafood?

For Sebastian Daily, this is part of our job we don’t like doing. But we also have an obligation to Sebastian residents. It’s also our job to ask questions.

Some people might suggest that these awards are fake and misleading to the public. You be the judge.

We love Campbell’s restaurant and conducted a recent Mo-Bay Grill review. Also, Sebastian Daily was the only media outlet that praised Campbell and his restaurant for practicing excellent safety measures at the start of the pandemic.

We also published an article praising Mo-Bay for the best meal we ever had. And if that wasn’t enough, we also praised them during our breakfast review.

So, as you can see, we’ve made it quite clear that Mo-Bay is one of the best restaurants in Sebastian. We love dining at Mo-Bay Grill. Always have and will continue to visit the restaurant. There’s no doubt that he’s a great chef.

But the Sebastian Business Hall of Fame award and the Best of the Best Seafood Restaurant from a presenter that doesn’t appear to be real has prompted questions.

Mo Bay Grill’s awards are part of a scam known as “The Vanity ‘Best Of’ Business Awards.” The people behind the scheme charge for fake business awards.

If an award costs money, it’s fake. You can read all about the scam by going to this website.