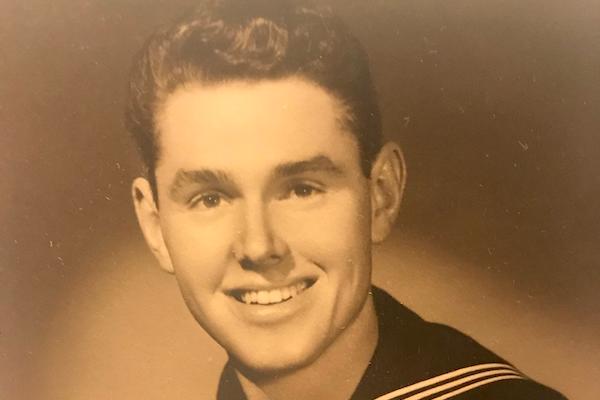 Robert “Bob” J Williams, son of Katherine and Robert Williams passed away at his home in Micco, FL, Saturday, May 18th at 9:45 pm.

Bob was born May 2nd, 1929 in Providence RI, but spent most of his youth in Hackensack, NJ. While in his teens his father bought a farm on Cape Cod, in Yarmouth known as the Bray Farm and moved the family there. Bob spent his teens on the farm where his father raised and showed sheep.

After high school Bob attended Iowa University and then joined the Navy in 1950. He was eventually stationed aboard the USS Coral Sea Aircraft Carrier, the “Ageless Warrior” docked at Kaflavik Naval Air Station, Iceland.

Bob lived most of his life on Cape Cod, eventually moving to West Barnstable where he lived on property known as “Mad Jacks” meadow. The land, bordering the marshes of Barnstable, sat in the shadow of the hillside that was home to the famous sea captain, John “Mad Jack” Percival of the United States Navy. Bob named all of his fishing boats Mad Jack in honor of the Naval Captain and became known himself by that nickname.

Bob spent nearly every free moment on the ocean surrounding Cape Cod pursuing his passion for fishing. When not fishing he could be found in his garden or in his basement producing industrial grade insulation foam under the company name of Porter Engineering.

Bob retired to Micco, Florida in 2009, continuing his love of fishing in the Indian River and Sebastian Inlet.

Bob is survived by his wife, Patricia Harris Williams and his three children Stephen, Craig and Debra. He also has five grandchildren and eight great grandchildren.

Bob was a long time volunteer at the West Barnstable volunteer fire department and would appreciate anyone wishing to donate to that department in his name.

A memorial service will be held for Bob at the Cape Canaveral National Cemetery June 17th, at 1:30, lane D. Family and friends are welcome to gather at Bob’s home in Micco, following the memorial service.