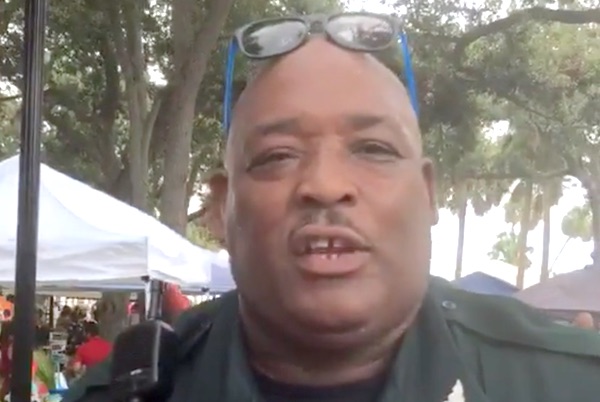 Deputy Teddy Floyd has been cleared of a Stalking and Harassment charge. A woman who works at the Health Department accused Floyd of stalking and harassment.

In addition, Floyd was accused of stealing “fill dirt” from a home and for inappropriate conduct with a non-profit organization called Every Dream Has a Price.

There was also a complaint that Floyd engaged in criminal conduct at Smith’s Grocery.

“Based on the investigation and interviews in this case, there is no Probable Cause to support a Stalking/Harassment charge, as there were only vague references made regarding when Deputy Floyd was told that he was not welcome around [alleged victim] or the Health Department. There was also nothing to support that he intentionally or knowingly pursued [the alleged victim] after being told by [her] that they were no longer friends. While [she] may have felt uncomfortable, frustrated and angry, none of the reported conduct rises to the level of being criminal,” Detective Sergeant John Curley said in the report.

“Regarding the potential theft of fill dirt or inappropriate active with the non-profit, the investigation found that there was never any missing fill dirt. It was merely miscalculations and miscommunication. There was also no evidence indicating that Deputy Floyd received any personal gain during his time as Vice President of Every Dream Has a Price,” said Curley.

“Likewise, there was no supporting evidence to suggest that Deputy Floyd engaged in any criminal conduct as it relates to Smith’s Grocery or with the Manager “Frank”. Based on the lack of supporting evidence of a crime, this case is cleared UNFOUNDED – No crime occurred,” Curley added.

The case is now being referred to Internal Affairs.

“The criminal case is closed but is being referred to Internal Affairs to determine if any policy violations occurred,” Major Eric Flowers told Sebastian Daily.

Deputy Floyd has returned to work as of Friday.