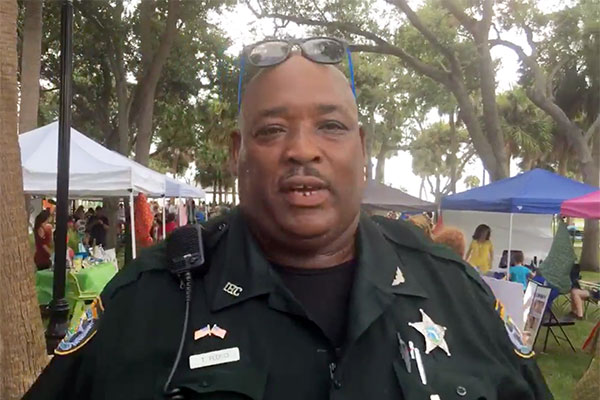 SEBASTIAN – Teddy Floyd, who’s been a popular figure in Sebastian and the Gifford community, has returned to full duty as of Friday at the Indian River County Sheriff’s Office.

Floyd was cleared in a criminal case, but it is now being referred to Internal Affairs.

“The criminal case is closed but is being referred to Internal Affairs to determine if any policy violations occurred,” Major Eric Flowers told Sebastian Daily.

On Thursday, we reported that Floyd was placed on paid leave on June 1, 2019.

Sheriff Deryl Loar said that is was standard procedure to place a deputy on leave whenever there’s an external complaint.

We will have more information later today about the complaint when it’s made public.

UPDATE: There’s an update to this story on what the exact charges were against Floyd. You can read it here.