Is Algae in Sebastian Ponds from Weed Killer Spraying? 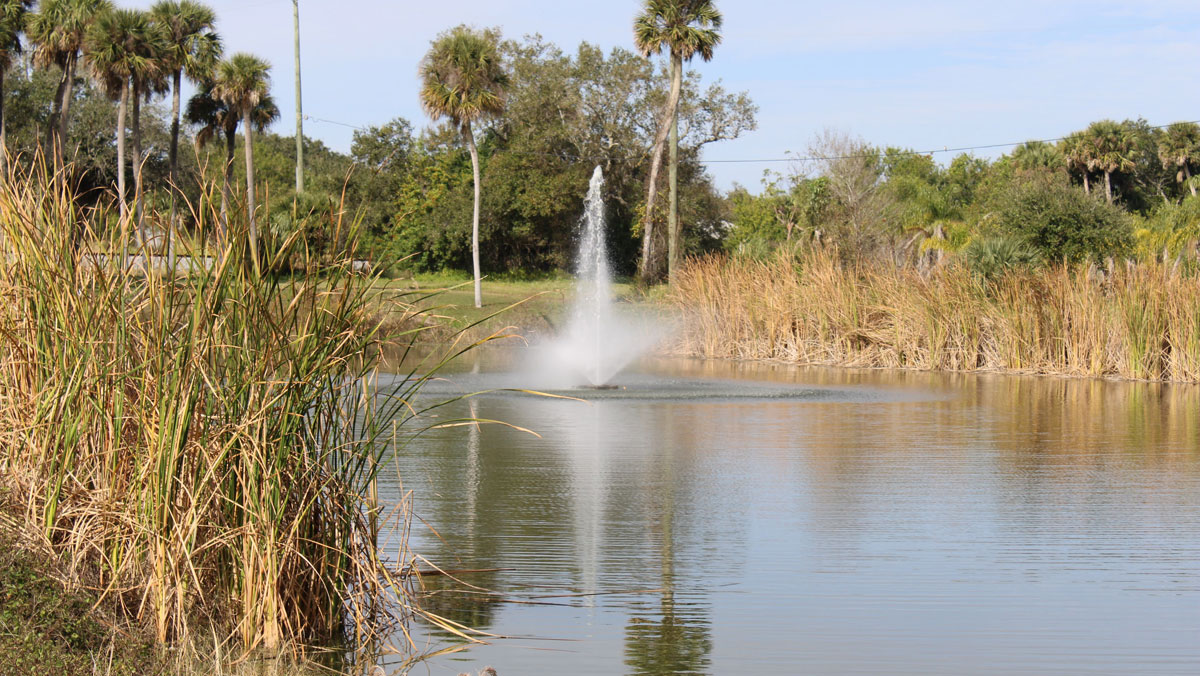 Pond near Schumann Drive in Sebastian.

There’s been a lot of misinformation about weed spraying and toxic algae found in some of the Sebastian ponds. Some residents have reached out to us about concerns that the city was spraying glyphosate in the local waterways again.

However, the city hasn’t sprayed glyphosate in nearly 1 1/2 years.

In addition, we received calls about a week ago from a few citizens about the dead vegetation seen along U.S. Highway 1 as you head south from Sebastian Blvd (CR-512). Some people said the City of Sebastian sprayed the tree line and vegetation along the side of the road. But that’s not true.

The area in question is not even in the City of Sebastian, and it was Florida Power & Light that sprayed a weed killer to clear the power lines.

Then, I received a call from a friend of mine, Peter Hinck, who has filmed the lagoon’s seagrass for many years. Hinck saw that the city recently sprayed for weeds around the pond on Schumann Drive. He was concerned about some of the grass being sprayed around the pond since it can help filter the water. Hinck didn’t think it was blue-green algae because of the cooler temperatures we’ve had.

Two days later, Sebastian Daily received some calls from residents who said they heard the city sprayed glyphosate and noticed blue-green algae in some of the ponds. We decided to start an investigation.

Glyphosate, found in the product Roundup, is a herbicide that some science suggests will cause cancer. However, the EPA (Environmental Protection Agency) determined that glyphosate isn’t likely to cause cancer in the size of dose a person would be likely to use. Even so, the debate will continue, and the city is not spraying glyphosate.

We visited the pond on Schumann Drive near U.S. Highway 1 and saw algae on the water’s surface, and noticed the city had recently sprayed the tall grass around it. I showed the algae to some experts who said it wasn’t toxic but was Planktonic Algae.

Here are photos taken from the pond on Schumann Drive, showing what experts say is Planktonic Algae.

Planktonic Algae are microscopic plants that live in pond water and is extremely important to the aquatic ecosystem. Experts say they are the base for the food chain and essential because it produces oxygen and food for the animals that live in the pond.

These microscopic plants get their nutrients directly from the water and can grow in abundance. However, a severe algal bloom can cause a fish kill, but we have not seen that in any waterways, ponds, or canals in Sebastian.

The algae bloom is not there because of spraying and maintaining the canals, ponds, and waterways. Many canals that are not being sprayed also have the same algae. Not every canal or waterway is being sprayed in Sebastian.

What is the City of Sebastian Spraying?

City Manager Paul Carlisle told Sebastian Daily that they are only using approved herbicides, and he confirmed that they were not using glyphosate. Carlisle also said they are doing “best practices” until the Integrated Pest Management (IPM) plan is complete.

Also, Sebastian has done a lot of manual harvesting during the past year, more so than spraying.

“We are using the IPM plan on ground and on water using best practice until IPM plan is complete, we still have not used glycosphate.” Nunn told Sebastian Daily.

There’s also been some misinformation going around that city officials are using hundreds of gallons of herbicides each week. So, we spoke with Brian Benton, the Leisure Services Director for the City of Sebastian, who told us the city is spraying once a month. They only used 4.8 gallons of herbicides during the last treatment in December.

The city has offered public meetings to discuss the IPM plan. The meetings have been ongoing, and the next one is scheduled for Monday, Feb. 8, 2021, at 2:00 pm.