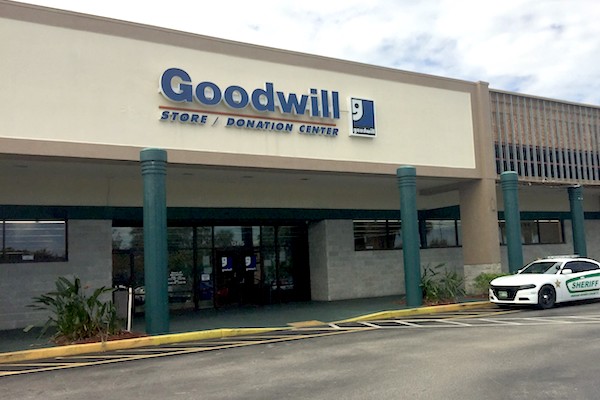 The Goodwill store in Sebastian was evacuated after carbon monoxide was detected. (Photo: Andy Hodges)

SEBASTIAN – The Indian River County Sheriff’s received a call Saturday morning from the Goodwill Sebastian store about a toxic odor that smelled like an exhaust from a gasoline engine.

At 9:27 a.m., Goodwill employees and customers were evacuated from the building. Part of the plaza was also shut down during the incident.

“The fire department evacuated the building due to a heavy odor of carbon monoxide. It appears workers on the roof had a generator running,” Major Eric Flowers told Sebastian Daily.

While at the store, the fire department noticed workers on the roof running a generator.

The toxic odors and carbon monoxide was entering the Goodwill Store through vents from the roof.

The source of the problem was resolved and the store was reopened by 11:00 a.m.

There were no injuries during this incident.