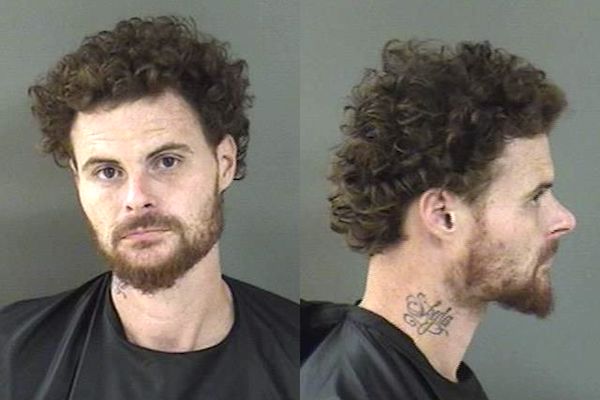 VERO BEACH – A man who’s been arrested 13 times in Indian River and Brevard County has once again been charged with theft at the Walmart in Vero Beach.

A loss prevention officer for Walmart called the Indian River County Sheriff’s Office after the man fled the store with several items on a bicycle and went into a heavily wooded area.

Brandon Wesley Vogler, 35, was spotted by deputies and transported back to Walmart where he was positively identified.

Vogler entered the store and went to the electronics department where he took a phone and removed the security wrap. He then placed the phone into a Target shopping bag he had with him, according to the report.

Vogler then moved throughout the store selecting various merchandise such as coffee creamer, turkey bacon, and a can of soda, the report said.

The suspect then drank the soda and discarded it onto a nearby shelf.

Vogler then carried the rest of the merchandise and exited the grocery doors where a loss prevention officer asked him to return the items to the store.

Vogler refused and fled the property on a bicycle.

Deputies were able to verify the theft by reviewing the store’s security footage.

Vogler was arrested and transported to the Indian River County Jail where he was charged with Retail Theft.

According to jail records, Vogler has been arrested four times for Theft, and twice for Felony Grand Theft since 2014.

According to Indian River County Jail and Brevard County Jail records, Vogler has been arrested 13 times since 2013.

Some of the arrests in both Indian River and Brevard include Theft, Felony Grand Theft, Burglary, and Dealing in Stolen Property.