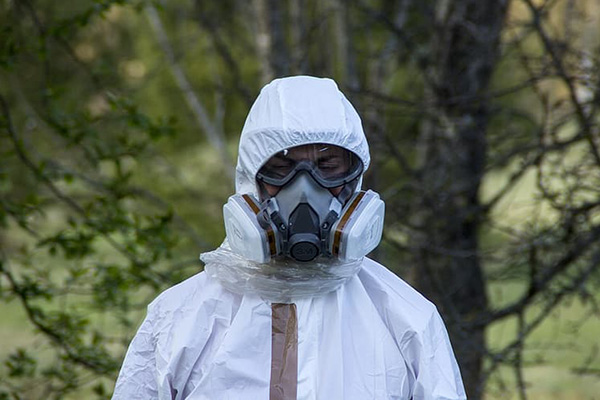 EPA releases new interim decision that glyphosate, found in Roundup, does not cause health issues.

It has been a popular debate as to whether glyphosate, a chemical found in Roundup, puts our health at risk. It’s been a growing topic in Sebastian, Florida.

In January 2020, after receiving and considering public comments about glyphosate, the EPA released an interim decision for registration review.

“EPA continues to find that there are no risks of concern to human health when glyphosate is used in accordance with its current label. EPA also found that glyphosate is unlikely to be a human carcinogen. EPA is requiring management measures to help farmers target pesticide sprays to intended pests, protect pollinators, and reduce the problem of weeds becoming resistant to glyphosate,” according to the EPA’s statement.

The important part of the EPA’s statement is “glyphosate is used in accordance with its current label.”

There are many chemicals sold that can cause concern for human health if not used as directed.

Scientists working with the EPA performed an independent evaluation of available data for glyphosate and found:

The other concerns are about crops and glyphosate found in our foods.

“Before allowing the use of a pesticide on food crops, EPA sets a tolerance or limit on how much pesticide residue can legally remain on food and feed products, or commodities. The complete listing of tolerances for glyphosate can be found in 40 CFR § 180.364. If residues are found above the established tolerance level, the commodity will be subject to seizure by the government,” the EPA stated.

“Due to its widespread use, trace amounts of glyphosate residues may be found in various fresh fruits, vegetables, cereals, and other food and beverage commodities. However, these trace amounts are not of concern for the consumer. The EPA conducted a highly conservative dietary risk assessment for glyphosate that evaluated all populations, including infants, children, and women of child-bearing age. EPA assumed that 100 percent of all registered crops were treated with glyphosate, that residues were at the tolerance level for each crop, and that residues in drinking water were from the direct application of glyphosate to water. These assumptions would lead to much higher estimated levels of exposure than would be expected to occur with actual use. The resulting conservative estimates of dietary exposure were not of concern,” the EPA added.

Now, on the other side of the argument are people who say our own government isn’t telling us the truth about glyphosate. They claim it’s all about money and power. The chemical is found in 90% of food products, including honey.

Several cities in different states have already banned glyphosate. The City of Tuscon has a city policy that requires an organics-first weed control on city property. But, some of the organic sprays can cause health problems and do more damage than good.

Sebastian residents have been concerned about glyphosate in Roundup for quite some time now.

The City Council and the City Manager have been working on finding a solution long before the three new council members ran on the issue. The council was already working on solutions without placing a full ban. Now we’ve seen the damage a complete ban can cause without having a new solution already in place.

Mayor Ed Dodd and City Manager Paul Carlisle have done a great job organizing the Integrated Pest Management workshops and testing alternatives. The City of Sebastian is moving forward, but the new alternatives may increase taxes for Sebastian residents. It does come with a cost. Carlisle is testing a product called WOW in our parks, which works like Roundup without glyphosate.

Mayor Dodd also spearheads the Sustainable Sebastian Initiative, which is launching on Earth Day. The members of the Natural Resources Board are also doing a great job with this initiative. We have plenty of projects going on in the city to help our environment.

There are truly a lot of great things happening in Sebastian, and people do care about our environment. The argument on whether glyphosate causes health problems will be ongoing even after we stop its use in our public parks.

We encourage our readers to read the latest Letter to the Editor about glyphosate and Sebastian Pest Management Decisions. It’s probably the best explanation that’s been given thus far. It comes from a local man who works in the industry.