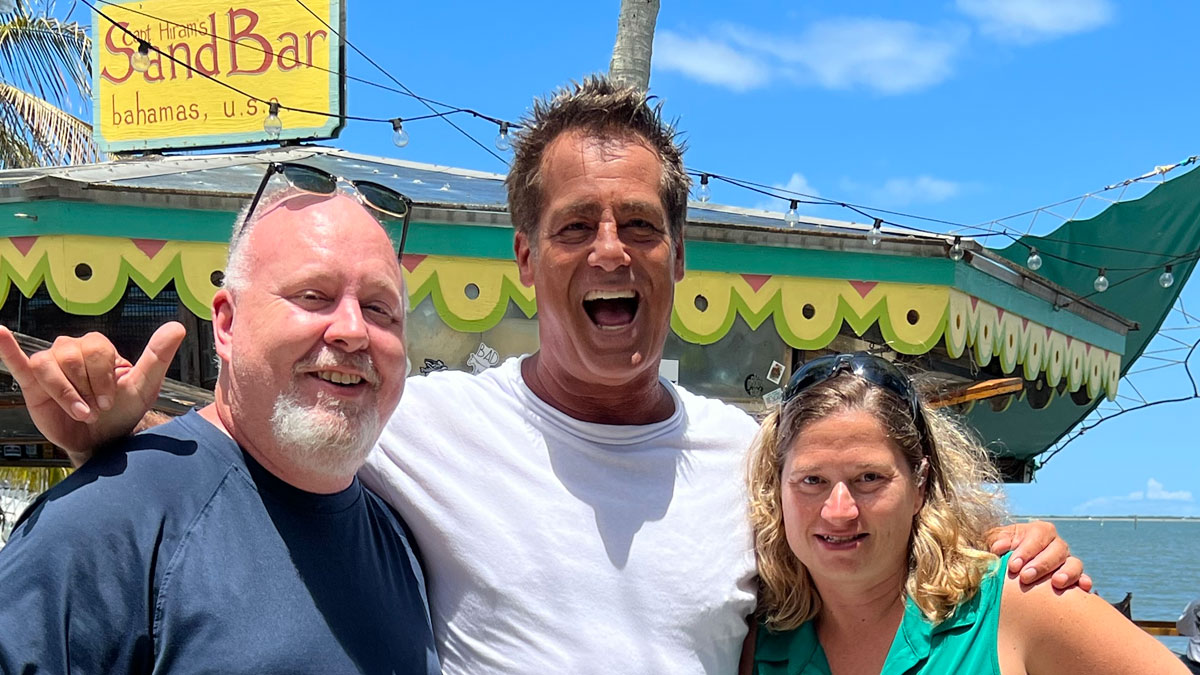 Capt Hirams Reggae Series got kicked off last weekend, and to my surprise, Peter Dante was in attendance. The famous actor and singer will be back at the sandbar Sunday, June 19, 2022, at 2:00 pm with his band “Peter Dante’s Chosen Family. The Intracoastal will follow at 4:00 pm.

While Dante is most popularly known for his acting in films from Happy Madison Productions alongside friend Adam Sandler in films such as The Wedding Singer, The Waterboy, Big Daddy, and Mr. Deeds, he is also a singer/songwriter and musician.

Dante grew up involved in musicals and Choir and released his first album “Peace, Love, and Freedom, on January 1, 2011. The album speaks volumes about deep political topics, making positive changes, and suggests how the world needs to unite as one.

Recently, the singer/songwriter recorded a 5 track Ep titled “RVEP” with his band “Dante’s Chosen Family.” It was recorded while traveling on the road with the band in his RV on his spring tour. The Ep will soon be released.

Dante is gearing to launch his next single titled “Dimes, Nickels, and Pennies.” The singer describes it as “a real anthem about my life.” Paul Woolstencroft of Slightly Stoopid co-wrote it. It features Andy Flores (Bass Player from Hirie), Patrick Downs from (Badfish), Gina Murrel (Vocalist), Rock Deadrick (Drums and backup vocals), and Glen Holdaway on trumpet.

The Capt Hirams 2022 Reggae Series is just getting started and will run through August 28, 2022. So, don’t miss out on all of the great acts. VIP Packages and discounted hotel stays are still available and are a steal of a deal!

Capt Hirams Sandbar is located at 1606 Indian River Dr, in Sebastian, on the beautiful Indian River.

Why are we making excuses for people who break the law in Sebastian?