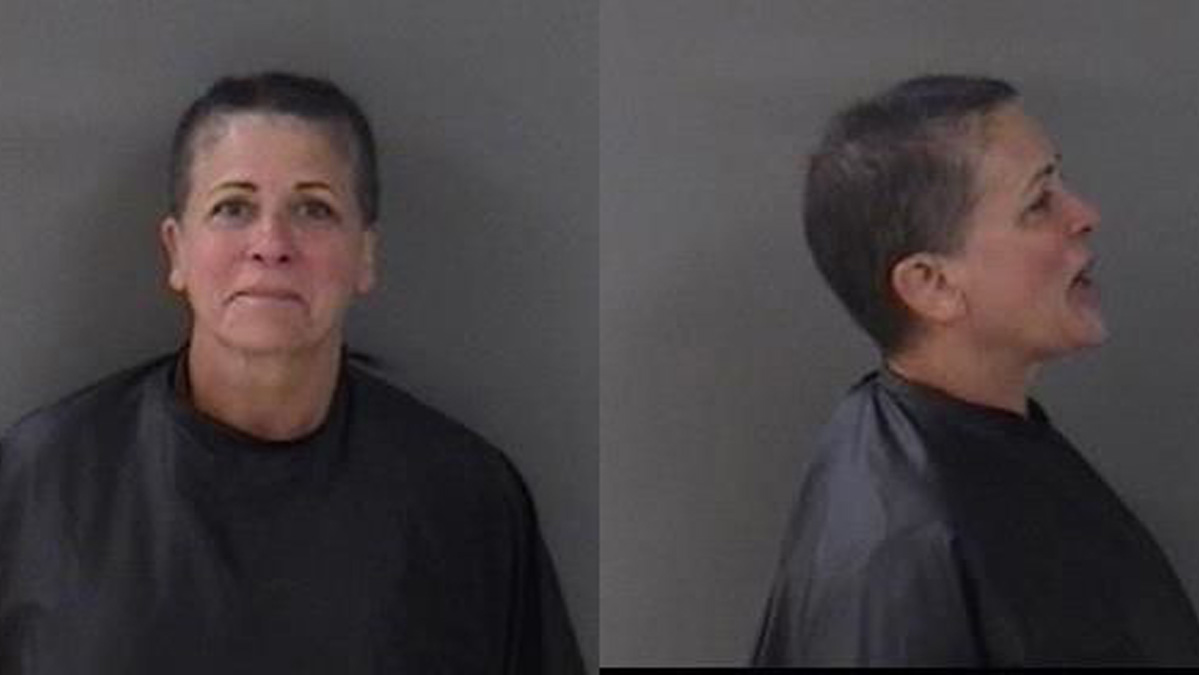 Late Friday night, the Sebastian Police Department received a call from the Tiki Bar in Sebastian about a woman video recording patrons and using excessive profanities at the staff.

Colleen Marie Calo, 57, first arrived at the bar with a dog. The manager asked Calo if she had proof the dog was a service animal. Calo responded by asking the manager “if he believed in God,” the affidavit said.

The manager advised the staff not to serve Calo, and she left for a short period of time. She later returned wearing a different outfit without her dog. According to the affidavit, she was allowed to stay but began to act “odd.”

Calo began to videotape people and walked on top of a firepit in the dark. The management was concerned that she might harm herself if she fell, so they asked her to step down. She was asked to leave but refused.

“Calo continued to cause a further disturbance by using excessive profanities at the staff and at one point identified herself as a private investigator who was actively investigating the manager,” according to police.

As officers arrived, they observed Calo recording employees and engaged in an argument. Police asked for identification, but she began to walk outside of the Tiki Bar. Police gave several verbal commands, but she refused to comply.

After a brief scuffle, officers detained her. Officers could also smell a strong odor of alcohol emanating from her person.

“Calo continued to show an unpredictable emotional pattern going from upset to angry with no regulation, which through my training and experience I know to be an indicator of intoxication,” the officer wrote in the affidavit.

Calo was charged with Disorderly Intoxication and transported to the Indian River County Jail.