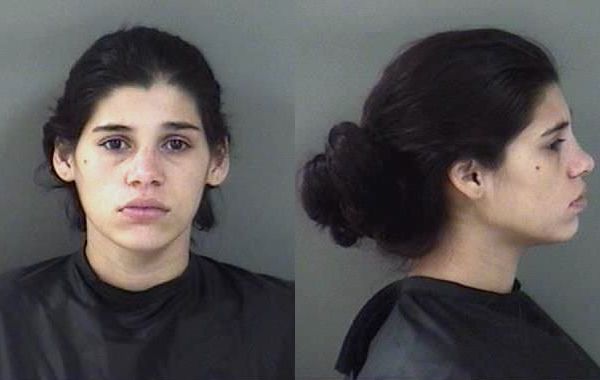 Antonia Serdaru was seen twice at the enterance of Walmart in Vero Beach begging for money with a child.

VERO BEACH – A 23-year-old woman was arrested for panhandling after a motorist called law enforcement to report she was at the entrance of Walmart begging money with a small child, according to the Indian River Sheriff’s Office.

Antonia Serdaru was seen twice at the location with the child after law enforcement asked her to leave the area earlier in the day.

Another deputy had already warned Serdaru when she was seen begging for money and approaching vehicles in the roadway at the intersection outside Walmart.

Deputies returned to the location after receiving similar calls about a woman begging for money with a sign and a child next to her. When asked why she returned, Serdaru told deputies she was waiting for her sister to pick her up.

It is illegal to beg or sell things on Indian River County rights of way, such as streets and sidewalks.

“Serdaru was also in possession of a small cardboard sign stating that she lost her job and needed money,” the deputy said.

While Serdaru was being detained, deputies found $227.12 consisting of $1 bills that she allegedly collected while panhandling.

Serdaru was transported to the Indian River County Jail.

The location of the small child was not available by law enforcement.