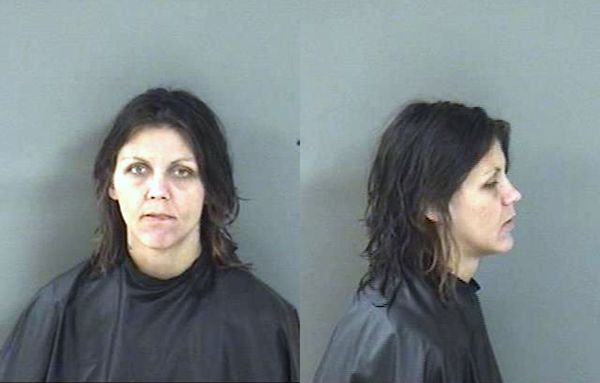 VERO BEACH – At approximately 4:00 a.m. this morning, deputies with the Indian River County Sheriff’s Office located a suspicious vehicle in the 7800 block of 77th Street in Vero Beach.

They quickly learned the passenger of the vehicle, Ariel Dumont, 26, of Vero Beach, was wanted for violation of probation on grand theft charges.

Dumont was placed into handcuffs and into the back seat of a patrol vehicle.

As deputies questioned the driver, Dumont slipped her handcuffs from the rear to the front, opened the center cage window and made her way out of the patrol vehicle through the front passenger side door.

The driver, James Aceto, 42, was taken into custody on charges of possession of drug paraphernalia.

Patrol deputies, three Indian River County Sheriff’s K-9s, and a helicopter conducted an extensive search of the area in an attempt to located Dumont.

At approximately 9:30 a.m., a traffic stop was conducted on a vehicle driven by Clifford Jamison, 54, of Wabasso, a known associate of the wanted woman.

Dumont was located hiding in the back seat of the vehicle still wearing handcuffs, although she had changed her clothes.

Dumont was taken into custody for the original warrant and also charged with escape.

The driver of the vehicle, Jamison, was arrested and charged with aiding an escape and resisting without violence.

Aceto, Dumont, and Jamison are currently being held at the Indian River County Jail where they will face first appearance hearings tomorrow morning.

“This isn’t Dumont’s first attempt to flee from our deputies. Last year, during the service of a search warrant, Dumont fled out of a back window injuring herself in the process. She is a known drug addict who will do whatever it takes to flee from law enforcement. Fortunately, we were able to take her off the streets today before could commit any other crimes in our community.”

In April, Dumont was arrested after walking out with $1,000 in merchandise from the Macy’s store in Vero Beach. She was seen on surveillance video selecting multiple dresses, a handbag, a fragrance gift set, and placing them in an empty shopping bag.