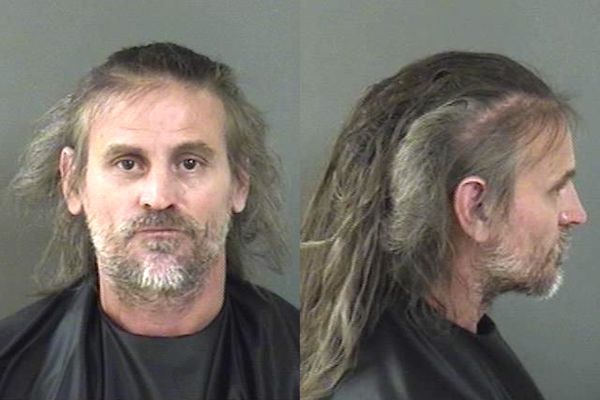 VERO BEACH – The Indian River County Sheriff’s Office received a call from a Vero Beach woman who was being chased “around the residence with a gun and a knife,” the report said.

Christopher David Kelly, 47, didn’t understand why deputies were called to the residence in Vero Beach.

The wife told 911 dispatch that Kelly was chasing her around with a gun and knife and began stabbing the walls with it.

Soon after, Kelly turned toward her and held the knife in a “threatening manner as though he was going to stab toward her,” the report said.

“I spoke to Kelly who insisted he did not know why law enforcement was called to the residence,” the deputy said in the report.

Kelly stated the two had not been arguing.

Deputies observed puncture marks in the walls near the kitchen which corroborated with the wife’s statement.

A pellet rifle was located in a bedroom by another deputy.

“I observed a small amount of blood on Kelly’s hands, though it is unknown where the blood came from as neither the victim nor the defendant had any visible injuries,” the report said.

According to jail records, Kelly has been arrested 11 times in Vero Beach.