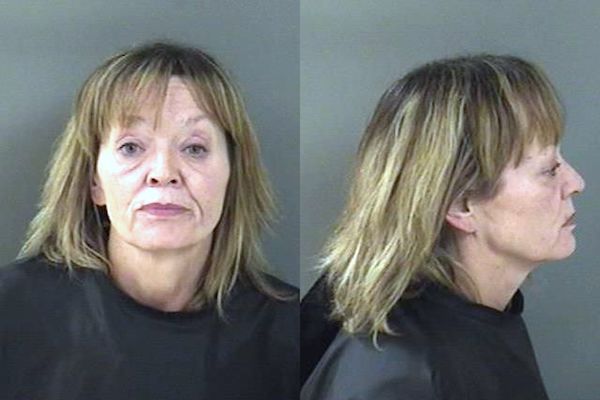 A motorist wrecks vehicle into oncoming traffic in Vero Beach.

On Tuesday, a Toyota Rav 4 pulled out into oncoming traffic heading west on 20th Street in Vero Beach and struck the side of a vehicle.

Karen Mcintosh was standing outside of the Toyota Rav 4 when deputies from the Indian River County Sheriff’s Office arrived at the scene.

As a deputy made contact with Mcintosh, he could smell a strong odor of an alcoholic beverage emitting from her breath. She had “slurred speech, was cursing, and being non-complaint,” according to the report.

Unfortunately, none of the witnesses or subjects involved in the crash observed Mcintosh driving the vehicle. She wouldn’t answer any questions about the crash.

Mcintosh began to yell, “Fu** you guys, fu** all this, I’m fu**cking walking home.” She then walked into the street and caused multiple vehicles to swerve into the grass and around her. She was arrested and transported to the Indian River Medical Center for medical clearance.

While at the hospital, she was yelling so loud that she “had to be secluded from the rest of the patients,” the report said. Mcintosh was yelling “Fu** you bitch,” and “I’ve been a nurse for 30 fu**ing years.”

Mcintosh was then transported to the Indian River County Jail where she was booked for disorderly intoxication. Additional charges are pending.