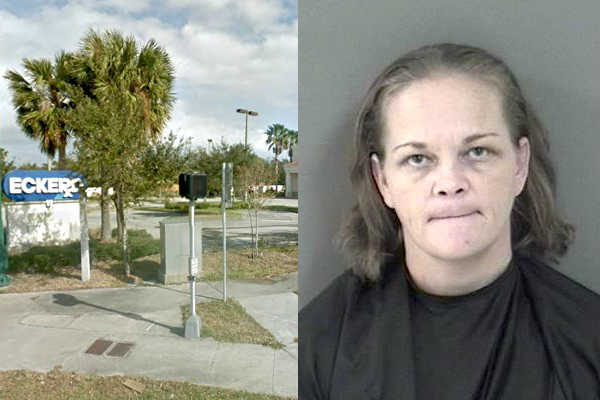 Woman from Vero Beach claims her Coach purse with 90 painkillers was stolen in Sebastian.

SEBASTIAN – The Indian River County Sheriff’s Office received a call from a Vero Beach woman claiming that her purse was taken during a robbery in Sebastian.

Christy Lee Garren, 37, told deputies that she had been standing in the parking lot of the vacant Eckerd’s near Checker’s when a black Buick pulled in with 2 black males.

Garren, of Vero Beach, said the men asked for directions and forcibly grabbed her purse before traveling north on U.S. Highway 1 towards Micco, according to the report.

Garren said she left the “Up In Smoke” business in the Roseland Plaza before walking through the parking lot of Eckerd’s.

The victim said her “Coach” bag had 90 pills of Percocet, the report said.

The deputy went to the Up In Smoke establishment and was able to review store surveillance showing Garren entering the business for approximately two minutes.

According to the deputy, the video did not show Garren carrying a purse on or about her person as she alleged.

The report was documented and pending further investigation by authorities.