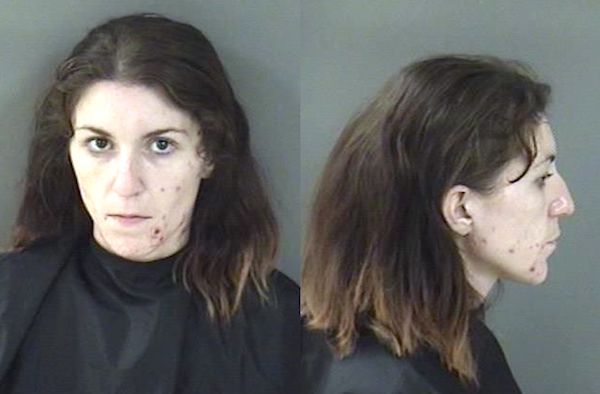 A woman was arrested on felony child neglect charges in Vero Beach.

VERO BEACH – A 28-year-old woman was arrested on felony child neglect charges in Vero Beach after she was allegedly high on drugs.

Deputies from the Indian River County Sheriff’s Office found the child running in the roadway near the home in Vero Beach wearing only a shirt with no pants or diaper.

The front door of the home was open, and deputies observed drug paraphernalia scattered on the dining room table as well as a table in the hallway leading to the bedrooms.

Julia Lederer, the mother, was found lying on a bed. Deputies explained why they were at the residence. She stated that she had no knowledge of her child being outside because she was sleeping.

A deputy asked if she had diapers for her child, and she reached into the closet and attempted to hand them to him. DCF was called, and a report was filed.

The DCF investigator on the case arrived on scene and asked Lederer if she would consent to a field drug test. She complied, and “tested positive for several drugs, including marijuana, meth, and amphetamine,” the report said.

Lederer said she only smokes marijuana occasionally. But more drug paraphernalia was found after she consented to a search.

The child was removed from the home. The kitchen had ants crawling on the countertops and food, and “there were dirty dishes piled in the sink that appeared to have been sitting there for an extended amount of time,” the report said.

According to the report, “there was trash on the dining room table and counter tops, as well as drug paraphernalia that was easily accessible to the child.”