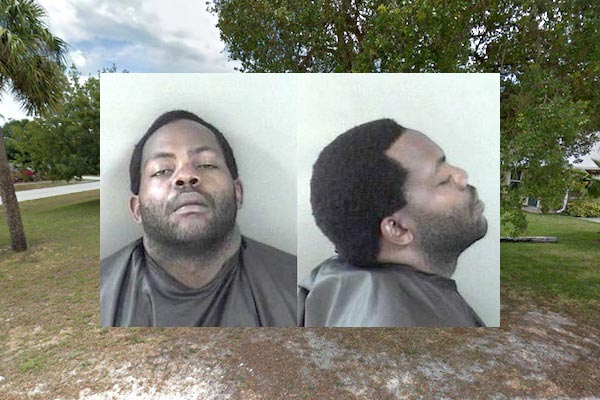 Man comes home from the club and bites girlfriend on the forehead in Vero Beach.

VERO BEACH – A woman called the Indian River County Sheriff’s Office after she was bitten on the forehead by her boyfriend.

The victim told deputies that her boyfriend, 35-year-old Justin Stribling, arrived home from “the club” at around 4:00 a.m. when they began arguing.

The argument was about Stribling texting other women. At one point during the argument, Stribling gave the victim his cell phone to prove he was not texting any other women.

However, the girlfriend recognized a phone number of another woman whom he has spoken to in the past. That’s when Stribling tried to take his cell phone back.

“Stribling grabbed her left wrist and snatched the phone from her hands,” according to the report. At this point, the two got into a physical altercation.

The victim stated that “Stribling grabbed her by the arms and bit her forehead, leaving a red oval shaped mark on her skin,” the report said.

The deputy observed red teeth marks on the victim’s forehead. The girlfriend then said she wanted Stribling to go to jail.

Stribling was arrested and transported to the Indian River County Jail where he was charged with battery domestic violence.