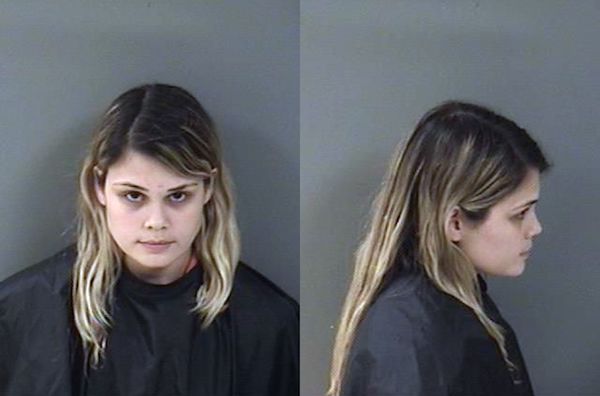 SEBASTIAN – On Wednesday night, at approximately 6:30 p.m., a Sebastian Police officer responded to the 1000 block of Carnation Drive.

“Prior to my arrival, I was advised by dispatch that an individual identified as Amy Schollenberger stated she ingested 15 Lamictal prescription pills,” the officer said.

The officer knocked on the front door of the home, but no one answered. While standing at the door, he could hear a female voice talking to other occupants of the residence, the report said.

The door then swung open, and Amy (Napoli) Schollenberger became irate and shoved the officer twice in the chest. The officer then tried to grab both of her arms to detain her because of her erratic behavior, but she resisted, according to the report. Eventually, she was placed under arrest.

Indian River County Fire Rescue arrived on scene due to Amy’s statement of ingesting prescription pills. She was treated and released on scene.

While the officer was speaking to Amy Napoli, she stated that she did not take any medication, according to the arrest affidavit.

“She explained that she was upset with her ex-boyfriend and made several comments about taking medication, as an attempt for him to come over to her home,” the officer said.

The 23-year-old then told the officer that she shoved him because she was nervous seeing him. She was arrested and charged with Felony Battery on a Law Enforcement Officer and Resisting Arrest.

Amy, who told police she works as a Customer Service Clerk, was released Thursday morning on $2,000 bond.