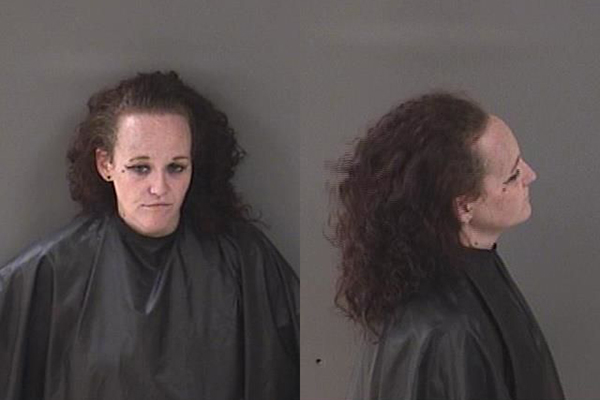 According to the Sebastian Police Department, a 32-year-old woman was arrested early Saturday morning after officers found her children with “overflowing diapers” while she was drinking at Earl’s Hideaway Lounge.

Brittany Yulee Judah, of Sebastian, was charged with Felony Child Neglect and two counts of Felony Possession of a Controlled Substance without a Prescription.

Police received the call around 1:30 a.m. from Judah’s friend, who drove her home from the bar and was concerned about the “filthy living conditions” where the children were left alone, the affidavit said.

A 14-year-old was smoking marijuana, and two other younger children were in dirty diapers.

“Finding the children alone at home came as a surprise since Brittany had been out for hours and never mentioned having children to care for,” the caller said, according to police.

When questioned about her living conditions, Judah “began trying to strike” the friend after an argument. Judah was so intoxicated, she pulled the sink off the wall in the bathroom, according to the affidavit.

When officers spoke with Judah, she said her friend tried to “beat her a**” as she stumbled and fell in the grass.

The friend told police that the children were inside and needed to be cleaned up as they had filthy diapers, the report said.

“I went inside and observed the 3-year-old who was dirty and had an overflowing diaper with feces. It appeared he had a black eye and bug bites covering his legs. He also had a contusion on the middle of his forehead that was swollen and red. The 7-month-old was not able to move around much or even hold his head up,” the officer said.

The 7-month-old also had a red rash under the diaper.

Judah refused to answer any questions with police and “kept yelling that whatever drugs are in the diaper bag were put there” by her friend. However, no drugs were found.

Judah also told police that there was nothing wrong with her children’s condition, according to the affidavit.

Police said Judah was yelling from the rear of the patrol car for over 30 minutes while the investigation was taking place, and that she never once mentioned concern for her children.

Judah told police that her friend was making false allegations.

Due to the condition of the children, DCF was contacted.