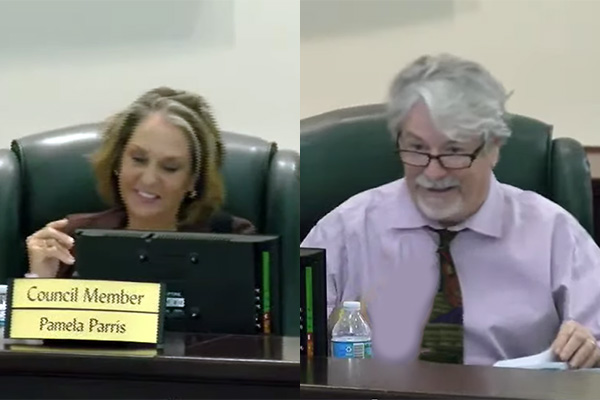 “We’ve also learned about additional violations, and we will be filing an amended complaint to address those issues very soon,” Barfield told Sebastian Daily.

Barfield is currently suing Gilliams and Parris in a lawsuit that also names the City of Sebastian as a defendant over Sunshine Law violations during the infamous April 22nd meeting.

Gilliams still believes that nothing illegal occurred during the meeting, although criminal charges were filed against him and Parris. The meeting was also deemed illegal by the State Attorney’s Office.

Sebastian residents believe the meeting was nothing more than a coup by Damien Gilliams, Pamela Parris, and Charles Mauti to take over the City of Sebastian.

There were several phone calls and text messages between the three council members leading up to the April 22nd meeting. Then, on April 22nd, when the meeting was already canceled, Gilliams allegedly told Mauti and Parris to have their own meeting. There were phone calls and text messages on the same day from Gilliams to Mauti and Parris. Mauti told the State Attorney’s Office that Gilliams was “pushy” to have the meeting.

Recently, Gilliams attempted to have the Sunshine Law case against him, and Parris dropped, citing that the Court already handled it.

“They now claim that the Court already issued an injunction and nothing else needs to be done. We disagree, and our response points out that, subsequent to the entry of the initial injunction, both Gilliams and Parris have challenged whether their actions violated the Sunshine Law,” Barfield told Sebastian Daily.

Gilliams and Parris were arrested last month after the State Attorney’s Office filed criminal charges after they allegedly violated the Sunshine Law and committed perjury. They have a court hearing scheduled later this month.

Gilliams is now requesting a meeting for Tuesday night to talk about the annexation, which legal experts believe puts the City in jeopardy to face another lawsuit since the case is still in litigation.

There is also a regular City Council meeting scheduled for Wednesday at 6:00 p.m. at City Hall.