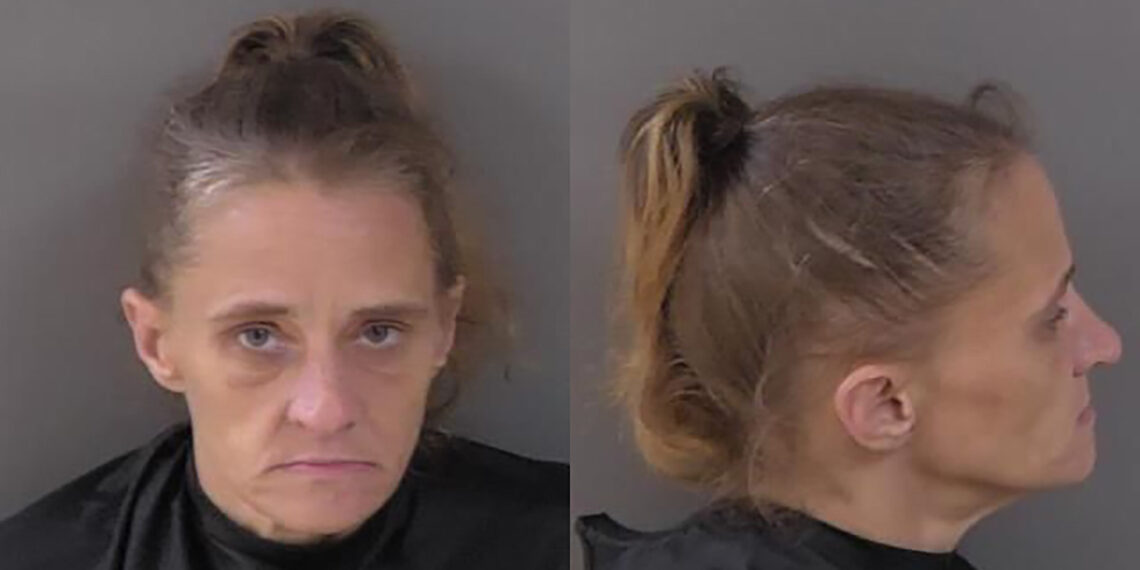 A 48-year-old woman was charged with felony petit theft after she used an old receipt to make a fraudulent return at Walmart in Sebastian, Florida.

Michele Marie Tokazowski of Sebastian walked into the discount department store, selected merchandise listed on an old receipt, and went to customer service to make a fraudulent return.

A Walmart employee completed the transaction, and Tokazowski began shopping around the store. However, a loss prevention officer was suspicious about the return and notified the Sebastian Police Department.

When officers arrived, they found Tokazowski in the clothing department and questioned her about the return. When confronted with the old receipt, the officer advised she did not enter the store with merchandise to return, as witnessed by a loss prevention officer.

According to the affidavit, Tokazowski admitted to the theft because she needed money for food. When asked if she had other merchandise that didn’t belong to her, she removed eight rolls of fishing line from her purse and said she intended to pawn it for money.

“She stated she learned that from her boyfriend,” an arresting officer said.

The total loss for Walmart was approximately $176.38. Tokazowski was subsequently arrested for the theft and her bond was set at $5,000.

According to jail records, she has been arrested 16 times in Indian River County for various offenses including prescription fraud, petit theft, grand theft, violation of probation, resisting arrest, and cocaine possession.