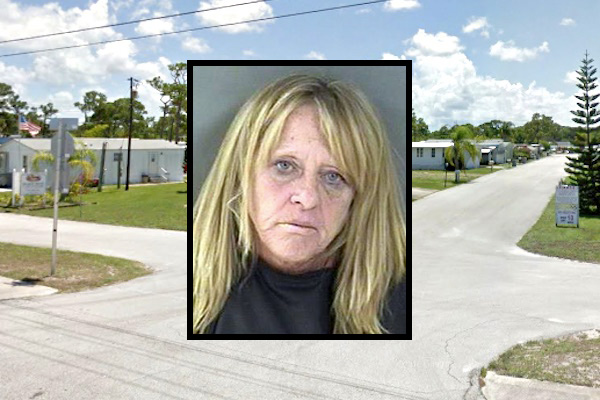 Police find crack cocaine on woman while trying to hide a crack pipe.

SEBASTIAN – The Sebastian Police Department received a call from Robert Buckman who wanted an officer present while he retrieved his motorcycle and other belongings from his residence near Shady Rest Mobile Home Park.

Buckman was met by Roxxanna Buhr, 56, who answered the door. As he entered the residence, Buhr began to argue with him.

During the argument, one of the officers saw Buhr push an object up the sleeve of her sweatshirt. She was asked to exit the residence, and that’s when officers observed a metal smoking pipe that is used when smoking crack cocaine.

Police asked Buhr if she had used any drugs recently and she said she had “not smoked any cocaine yet,” according to the report.

Buhr was asked if there were any drugs in the house and she stated “no.” When police went to retrieve her identification card from her wallet, they noticed two white, rock-like substances in an ashtray.

The substances were field tested and tested positive for cocaine. Buhr stated that Buckman placed the cocaine in the ashtray.

Buhr was arrested and transported to the Indian River County Jail where she was charged with Felony Poss Cocaine.