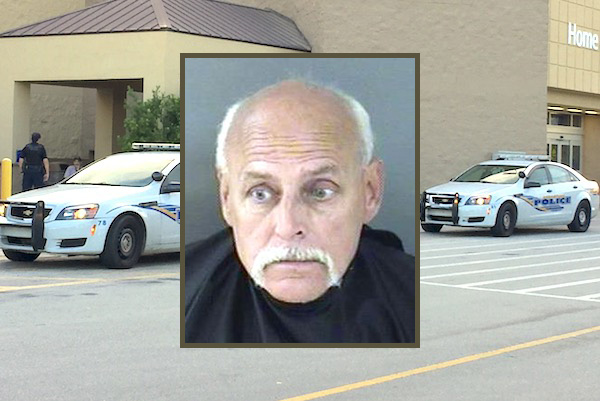 The Sebastian Walmart called the police after watching a man using an electric scooter to steal merchandise.

SEBASTIAN – A 62-year-old man was arrested after using an electric scooter to steal from the Sebastian Walmart, even though he was carrying $1,330 in cash.

The Sebastian Police Department responded to the theft at Walmart, where they saw Perry Zurfluh driving an electric shopping cart to his truck, according to the report.

All items have a value of $393.56. A Sebastian Walmart loss prevention officer witnessed Zurfluh take the items and leave the store without rendering payment, the report said.

Fellsmere Man Chased Out Of Home With Gun