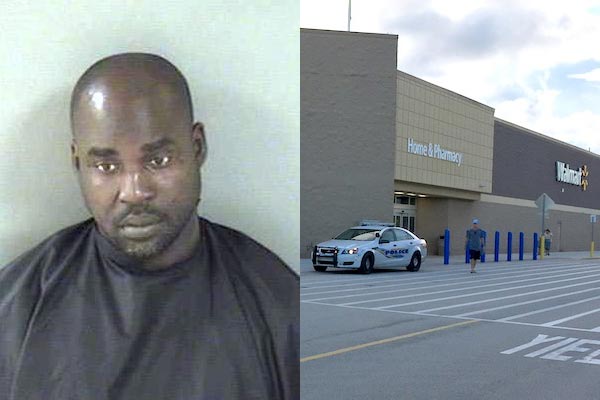 A Walmart Sebastian vendor was arrested after stealing merchandise.

SEBASTIAN – A Walmart Sebastian vendor was arrested Saturday after walking out with computer tablets and headphones.

A loss prevention officer said the vendor had similar incidents at Vero Beach store before entering the Walmart Sebastian. He recognized him from the incident and began to observe Walter Randolph Jamerson, 41, enter the store and set up his vendor table and banner at the electronics department.

Jamerson, who told police that he works for Assurance Wireless, was seen concealing six packages of ear buds in a small box.

He then selected a Nextbook Ares 10A Tablet and an RCA Voyager II Tablet from the display and set them on the vendor table.

Jamerson, who lives in Vero Beach, then placed the items and the box into a shopping cart and walked out of the Sebastian Walmart. He was seen placing the items into the trunk of his car before leaving the parking lot.

The store called the Sebastian Police Department and showed them the surveillance video.

An officer made contact with Jamerson and showed him several pictures that were taken by the store cameras.

Jamerson told police that he does not work for the company anymore but still had his identification from the company.

He admitted to stealing the items from the Walmart Sebastian store because he was “struggling financially and that he sold the items on the street for approximately $50,” according to the report.

Jamerson was arrested and transported to the Indian River County Jail where he was charged with grand theft. Bond set at $22,250.

Kids Eat Free at TooJay’s This Summer In Vero Beach

Kids Eat Free at TooJay's This Summer In Vero Beach