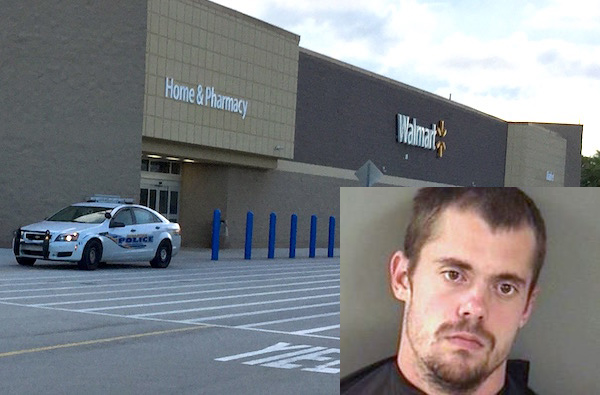 A Squid Lips employee was seen stealing TVs at the Sebastian Walmart.

SEBASTIAN – The Sebastian Walmart called police about a local man stealing multiple televisions without being caught for several days.

Travis Hall, 29, had stolen the TVs by entering the store and walking out with the merchandise. Walmart security watched the subject taking a shopping cart to the electronics section of the store.

Hall, who works as a cook for Squid Lips in Sebastian, began moving televisions to look for security devices on the boxes, according to the police report.

Security watched Hall as he placed a 55″ Vizio LED Smart TV into his cart and walked directly past all points of sale. He was detained in the parking lot with the stolen merchandise.

When police asked him to explain what had happened, he replied, “Isn’t it obvious?” Hall refused to speak with officers because he didn’t want to “dig himself a deeper hole.”

All of Hall’s movements in the store were captured by Walmart surveillance system.

Hall was arrested for felony shoplifting and is currently being held on a $2,500.00 bond at the Indian River County Jail.