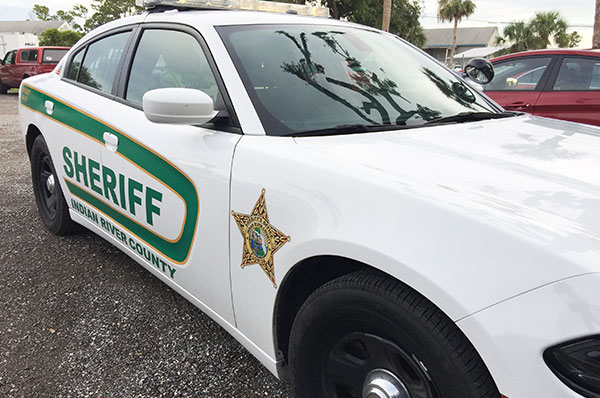 A woman called police Wednesday and said her son, 17-year-old Mercel Patterson, drove off with her vehicle, according to the Indian River County Sheriff’s Office.

The mother told deputies she left her son in the vehicle while she made a purchase inside a gas station. When she returned, both her son and the vehicle was missing.

The following morning, Thursday, April 2, 2020, the Polk County Sheriff’s Office reported they were in a high-speed pursuit with the stolen vehicle and utilized their helicopter to follow Patterson and the vehicle.

Deputies say the vehicle was heading eastbound in the area of SR-60 and CR-512 as speeds of more than 116 miles per hour.

“The vehicle has reached speeds of over 116 miles per hour before I cut off my lights and sirens and entered into observation mode due to fear of the public’s safety, because of the erratic driving behavior,” the deputy said.

Patterson was then spotted again near 27th Avenue and Oslo Road in Vero Beach as he began traveling in excess of 100 miles per hour and passing other vehicles.

A few minutes later, the mother called law enforcement to report her vehicle was back at home, and Patterson was hiding in her garage.

While being detained, Patterson refused to speak with deputies. He was arrested and charged with Grand Theft Auto and Willful Wanton Reckless Driving.