Sebastian police receive calls about an intoxicated man in his underwear 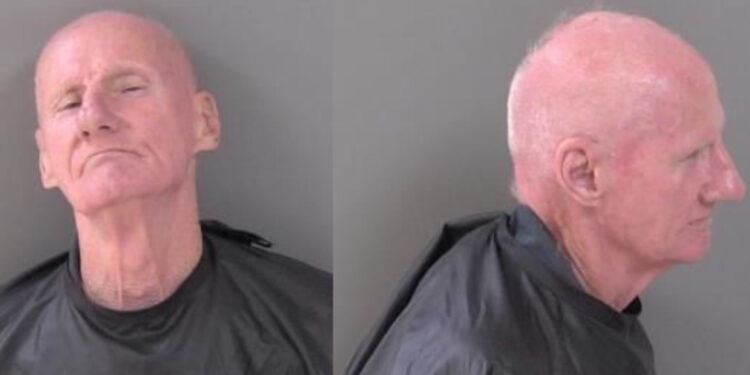 The Sebastian Police Department received numerous calls about an intoxicated man acting disorderly wearing only a t-shirt and underwear in the vicinity of Louisiana Boulevard and CR-512 (Sebastian Blvd).

Police said there was also a vehicle accident where the subject behaved disorderly as paramedics and other first responders were performing their lawful duties.

Other officers arrived at the scene and questioned the subject, later identified as 80-year-old William Kmieciak.

“It was evident that William was clearly under the influence of alcohol. His speech was slurred, and he was off balance,” an officer said.

Kmieciak was screaming, yelling, and walking into the street, distracting officers from tending to the accident. He was asked to cease his behavior by police but refused.

At one point, he left the location, but then the police received more 911 calls about Kmieciak only wearing only his underwear. The callers said he was flailing his arms on the side of the road, disrupting traffic flow, and grabbing an item from someone’s bicycle.

Due to the calls and hindering law enforcement from tending to their duties at the crash scene, officers arrested Kmieciak and charged him with disorderly intoxication.

Kmieciak was transported to the Indian River County Jail, where is bond was set at $500.