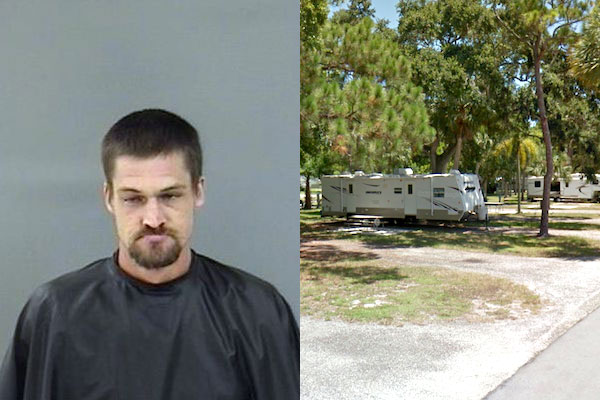 Man arrested at KOA Campground for loitering in Sebastian, Florida.

The caller said Noble drove to the location at approximately 10:00 p.m. to borrowed some asthma medication from a friend who was staying inside the camp area, the report said.

However, at 3:00 a.m., a witness saw Noble walking around naked by their lot and called law enforcement, according to the affidavit.

Deputies spoke with Noble who was located near the bathrooms at the park. He explained that he was there to get asthma medication from a friend, but couldn’t give deputies a reason why he was still there after five hours, reports show.

“Noble couldn’t tell me his friend’s name or show me which lot the person resided at. Noble also was acting as if he was under the influence of an unknown narcotic,” the deputy said.

The deputy determined that Noble was loitering and under the influence of an unknown narcotic.

Noble was transported to the Indian River County Jail. He was released the following day after posting $500 bond.