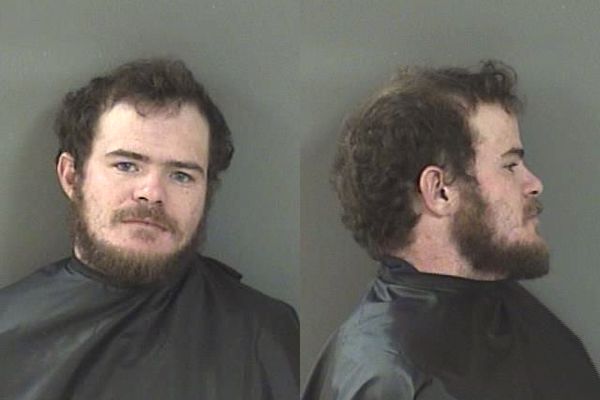 A man called Sebastian police to prove to his girlfriend he wasn't afraid of them.

SEBASTIAN – A man who wanted to prove to his girlfriend that he wasn’t afraid of the Sebastian Police Department called 911 and said “come get me, I’m a fu**ing psycho,” according to the arrest affidavit.

On Wednesday, at approximately 1:30 am, officers were dispatched to a home where someone told dispatch “come get me, I’m fu**ing psycho” and then hung up, the report said.

“Dispatch attempted two callbacks, and the phone was going to voicemail,” an officer said.

Once at the address where the calls were made, officers saw 28-year-old Joshua Austin Jackson having a verbal altercation with a female. Due to Jackson’s comments made to dispatch, officers ordered him to the ground.

After a short scuffle, Jackson was escorted to the ground and taken into custody.

Jackson told police that the whole incident happened after he had “a few drinks” and noticed that his girlfriend was texting her ex-boyfriend. A verbal argument ensued, and the girl threatened to call the police.

According to police, Jackson “stated he wanted to show her he wasn’t scared of the police, so he [called 911] and stated ‘Come get me I’m a fu**ing psycho,'” the officer said.

Jackson was arrested for resisting an officer without violence and transported to the Indian River County Jail. He was released this morning at 10:00 am after posting $1,000 bond.

Gas prices in Sebastian, Florida expected to drop below $2