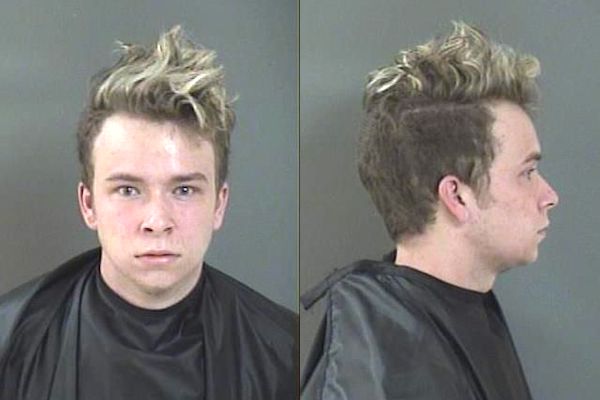 SEBASTIAN – Two weeks after he was arrested on multiple counts of credit card fraud, a Sebastian man is back in jail for harassing phone calls and impersonating a police officer.

Police say, Matthew Joseph Card, 20, was harassing someone he used to date by using the “Text Free” app to create a fake number to contact the victim.

Card told the victim that he was Officer Quinn of the Sebastian Police Department and needed to meet him at the Barber Street Park alone to talk about a case involving him, according to the affidavit.

When the victim’s suspicion grew, Card began making threats and “at one point said that if he didn’t show up to the park, there would be a warrant issued” for him, according to the police report.

“He continued to tell [the victim] to come alone when he came, and he just needed him to do paperwork in regards to a case,” police said.

The victim was sure that it was a person he used to date. Card was trying to contact them throughout the day Tuesday after causing a disturbance at their home earlier and was trespassed. The victim ignored Card, blocked him from social media, and his phone. However, Card kept finding other ways to contact the victim, the report said.

Card was located at the Cumberland Farms on CR-512 (Sebastian Blvd) where he was questioned by officers. The defendant admitted to using the app to create a fake number and contact the victim.

“Card went on to say he contacted [the victim] with the intentions of just seeing him, ” because he missed him. He also admitted to falsely representing himself as a police officer to try to convince him to meet at the park, according to the affidavit. Card also told police that he told the victim that a warrant for their arrest would be issued if they did not meet with him at the park.

Card was arrested for Obscene/Harassing Phone Calls, and Impersonating a Law Enforcement Officer. A judge revoked his bond since he was already out on bail for credit card fraud.

Earlier this month, Card was arrested after he used someone else’s credit card to buy a car and stay at the Pennwood Motor Lodge in Sebastian. At the time, he was held on $7,500 bond.