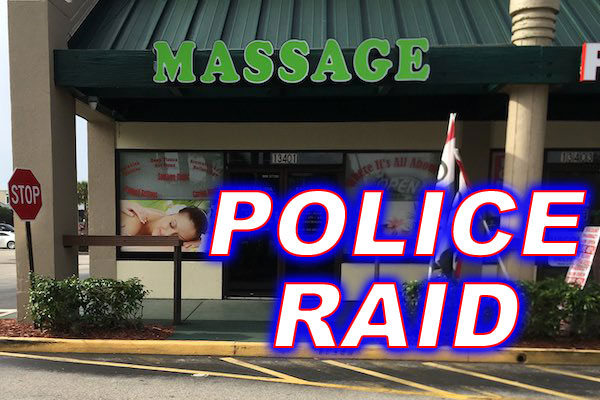 Additionally, the main targets of the investigation were also charged with various counts of law violations to include the following: Racketeering, deriving support from prostitution, engaging in prostitution, and transportation for prostitution.

On Tuesday morning, several witnesses at the different locations told Sebastian Daily that police vehicles arrived “from all directions” as investigators began their raid. People were told that the businesses were closed due to an investigation.

The entrances to all the locations were roped off as investigators were seen collecting documents and other materials from the businesses.