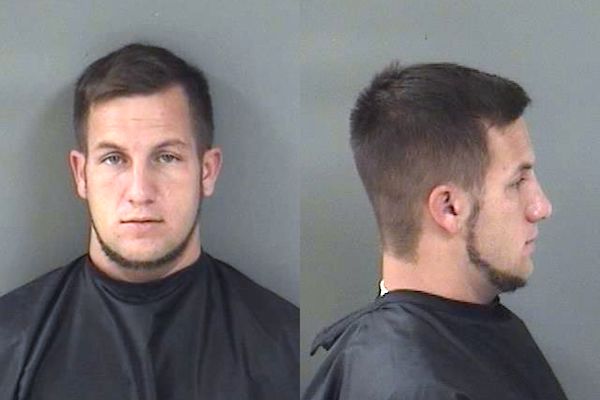 SEBASTIAN – A 29-year-old man was arrested after he tried to make purchases at Winn-Dixie and Cumberland Farms using fake $100 bills, according to the Sebastian Police Department.

Daniel Joseph Dubois was arrested Saturday on a charge of Theft after the Winn-Dixie store in Sebastian called authorities about a counterfeit bill, the report said.

Store employees recognized Dubois who used to work at TJ’s New York Style Pizzeria in Sebastian. He was also someone who visited the two stores regularly, according to the report.

“Dubois admitted to purchasing items at Winn-Dixie with a one hundred dollar bill,” the officer said. But Dubois said he didn’t know it was fake until he was notified by a cashier at Cumberland Farms on the same date, according to the arrest report.

According to the store cashier, Dubois begged for “her not to call police about the incident and that he would pay her back at a later date.”

“While interviewing Dubois, he became agitated and refused to answer further questions,” the officer added.

Police then spoke with his girlfriend, who said she asked Dubois where he got the two hundred dollars from, and he stated a friend named Misty. The girlfriend thought it was odd that he had the money because he does not have a job.

Dubois can be seen on video surveillance at both Winn-Dixie and Cumberland Farms passing the counterfeit $100 bill, the report said.

Following the investigation, police “determined that Dubois was aware of using the counterfeit currency to purchase items.” He was transported to the Indian River County Sheriff’s Office.