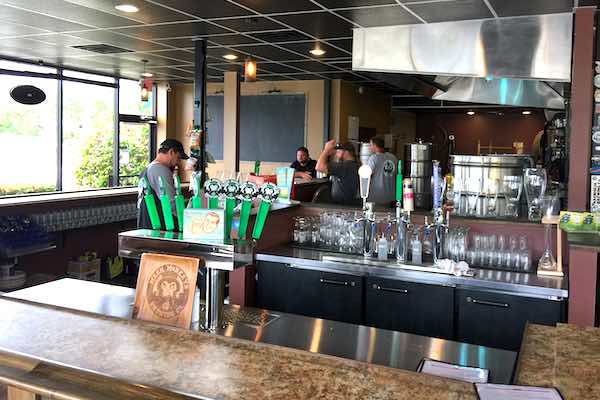 One of the things we like about Mash Monkeys in Sebastian, Florida, is their beer consistency. This is what sells beer and keeps people coming back, and they nailed it.

We met the folks behind the scenes of Mash Monkeys Brewing Company at this year’s Sebastian Shrimpfest. While their establishment wasn’t opened at that time, we sampled their beer and enjoyed it.

My favorite was the Pale Ale IPA, known as the Citmo Pale Ale. They also showed a true passion towards brewing and cared a lot about their product.

Fast-forward to last Sunday, we took a small group into their new establishment at 920 U.S. Highway 1 in Sebastian. I ordered the Citmo Pale Ale and found it to be consistent with the one I sampled at Shrimpfest. It was brewed to perfection.

Oftentimes I’ll go to a brewery and order the same beer expecting to have the same taste, but only to find it’s slightly off. Fortunately, we haven’t found that to be a problem at Mash Monkeys or other breweries here in Sebastian.

The brewery, the second one in Sebastian, has a strong following. The locals are highly vocal and recommend it. The establishment is nice, they offer pool tables and darts. It’s a great place to go and enjoy craft beer.

If there’s something we can pick on, it’s the lack of decor and food. It’s lacking a themed atmosphere and they only sell potato chips. Mash Monkeys has only been opened since the last week of March. They’ve been focused on brewing, which isn’t a bad thing.

We liked the openness and the large windows. They have plenty of time to work on decoy if they decide it’s necessary. In addition, they do allow customers to bring food in from other establishments.

“There is nothing negative about this place; they have good cold beer, pool tables, and they let you bring food from another place. Safe and good environment,” Vicky Tello said.

Mash Monkeys has a great variety of beer, including guest taps from across Florida. Additionally, they sell a few wines.

One person in our group enjoyed the Pink Cadillac Cranberry Hard Lemonade. Another said the Acqua Pazza is a great choice. Again, I loved the Citmo Pale Ale.

Be sure to check them out. If you’re new to craft beer, don’t be shy. They will explain the brews and allow you to sample them.