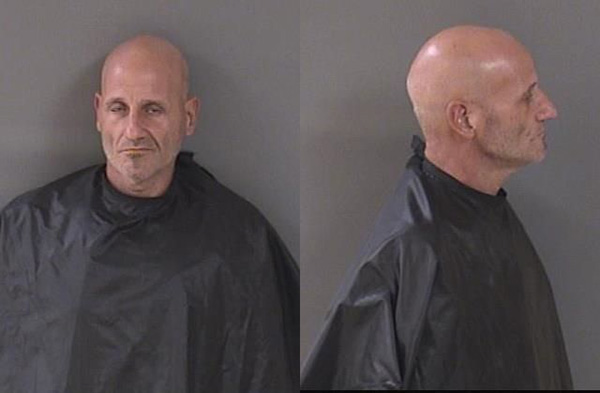 According to the Sebastian Police Department, a man was arrested Wednesday after he grabbed his sister’s ponytail and pulled her onto the ground. The man also placed his knee on the left side of her neck.

James Joseph Lomonaco, 51, told police that he was mad that his sister made spaghetti for her boyfriend and their mother but didn’t offer him any, the affidavit said.

The physical altercation started when Lomonaco confronted his sister in the kitchen about the spaghetti.

“When the [sister] attempted to walk out of the kitchen, James grabbed her by the back of her ponytail and pulled her onto the ground. Once on the ground, James placed his right knee on the left side of her neck holding her against the floor of the kitchen for several seconds,” the officer said.

The officer observed a visibly red mark on the victim’s neck.

However, Lomonaco said he only grabbed his sister’s ponytail to “help re-direct her out of the kitchen” because they were arguing.

Lomonaco was transported to the Indian River County Jail, where he is being held on a $500 bond.