Sebastian man angry that he was arrested on his birthday 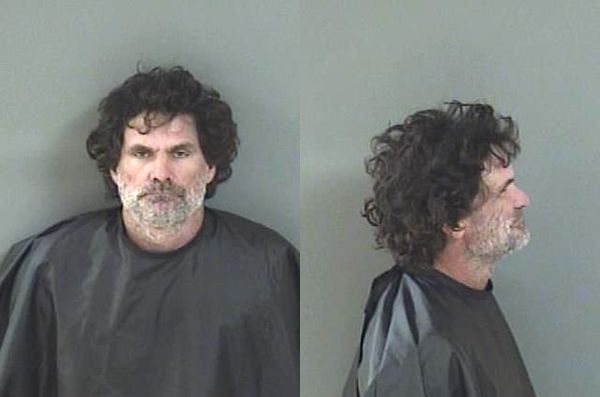 A man was very disappointed that police arrested him on his birthday in Sebastian, Florida.

SEBASTIAN – A man was so angry that he was arrested the night of his birthday party that he made “threats and gestures such as sticking his middle finger up at officers” in Sebastian, according to the affidavit.

On Friday, witnesses say, Kelly Christopher Shelton, 45, was living it up at Strike Zone Entertainment as he celebrated his birthday. However, when he became too loud and disruptive, employees asked him several times to “settle down” and “watch his language,” the affidavit said.

Shelton caused such a disturbance that he was asked to leave. When he refused, the management called the Sebastian Police Department.

Officers arrived and saw a group of 10 bystanders with Shelton at the front door of Strike Zone.

“I observed approximately 10 bystanders directing their attention towards the subject and appearing to be appalled by his actions and words,” the officer said.

According to the report, when Shelton saw police, he yelled: “They are here for me!”

Officers detected the odor of an alcoholic beverage emitting from Shelton as he spoke. He had difficulty maintaining his balance.

“I guess the bartender doesn’t like people having fun,” Shelton told police, according to the report.

Shelton told police he was “intoxicated” because he was drinking alcohol to celebrate his birthday. Eventually, Shelton became uncooperative and started cussing at officers.

As Shelton was detained, officers found a vape pen with a marijuana sticker on it.

“Ah man, is this for the dab?” and “That’s dab. It’s marijuana,” Shelton told police.

Shelton explained that he ordered the vape pen from Oregon and still had the mailing packaging in his vehicle.

“The defendant expressed his disappointment that he was being arrested over ‘a little bit of reefer,'” the officer said.

Just before his arrest, Shelton was making threats and “sticking his middle finger up at officers.”

Shelton was charged with Disorderly Intoxication, Felony Possession of a Controlled Substance and Drug Paraphernalia. He has since been released on $3,500 bond.