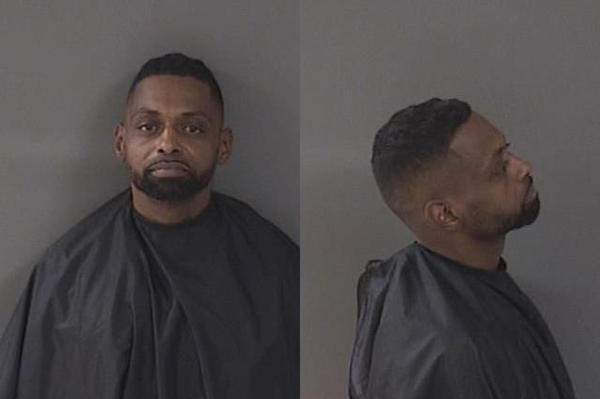 According to the Sebastian Police Department, a former arcade employee was arrested after showing up at the owner’s home with a gun.

On Sunday, officers were dispatched to the 600 block of Brookedge Terrace around 6:04 p.m. about a man attempting to get inside the home.

The victim’s father said he saw the defendant, identified as 36-year-old Entrique Santiago, standing outside the door with a handgun. When the victim’s daughter arrived home, the father opened the door to let her in and warned Santiago that he, too, had a gun. Santiago then fled the scene.

Police found Santiago and conducted a “high-risk felony traffic stop” in the parking lot of Publix located at 1451 Sebastian Boulevard.

After officers on the scene cleared the vehicle, police observed a black handgun on the driver’s side floorboard. The handgun was in plain view and near Santiago. The gun was described as 1 Ruger LC9 9mm that was confirmed stolen out of the Miami Police Department. The gun did have a round in the chamber, along with multiple other rounds in the magazine.

Santiago denied being at the arcade owner’s residence or knowing there was a handgun in the vehicle. He said the vehicle belonged to his cousin.

Surveillance footage from the residence showed Santiago arriving at the home and knocking on the door several times. Santiago is then seen leaving, but it was unclear if he had a handgun concealed in his possession.

“Enrique Santiago, who also worked at the arcade, was abusing female employees while at work. Today, Enrique was fired from the arcade by one of the managers. Enrique proceeded to call [the owner] on her cell phone, but [the owner] declined the call,” police said.

The business owner was in fear of retaliation because he knew where she lived. When Santiago arrived at the home, she notified the police.

Santiago was arrested and charged with a Firearm Possession by a Convicted Felon, Trespassing, and Operating a Vehicle While Driver’s License is Revoked.

Santiago is still being held on a $53,500 bond at the Indian River County Jail.