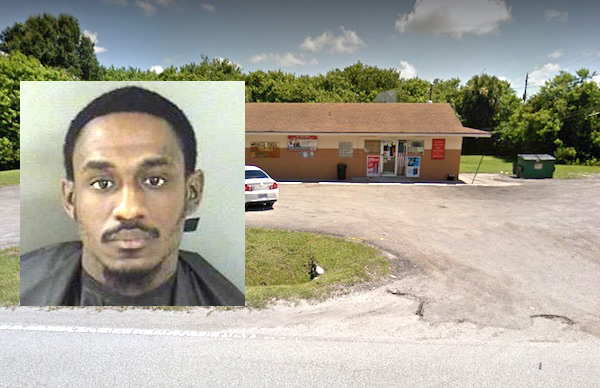 WABASSO – Deputies from the Indian River County Sheriff’s Office responded to a shooting at the Wabash Foods Grocery Store.

Multiple witnesses observed Norie Davis, 30, and Jerard Hall with handguns shooting at each other in front of the grocery store in Wabasso. The witnesses knew both subjects, but none of them could say for certain who shot first.

Davis and Hall fled the scene before law enforcement’s arrival. Deputies found numerous shell casing on the ground. The front window of the store was also shot out.

Hall came back to the scene and turned over his gun. He said he left the scene because he was scared of his life. Hall was “crying and said he had never been in a shootout,” according to the report. He stated that he knew Davis, the two grew up together.

Hall said he was upset with Davis for assaulting his girlfriend’s grandmother and for shooting a gun off near his parent’s house the night before. He saw Davis standing in the parking lot and confronted him about these issues. He said when he saw Davis pull out a .380 caliber handgun, he turned and walked away.

Davis allegedly began to shoot at Hall and the witnesses from the parking lot. Hall then retrieved his gun from his vehicle and returned gunfire. Hall then ran into the store while Davis continued to fire his gun, breaking the front glass door.

While giving his statement to deputies, Hall received a text message from Davis threatening to kill him.

Video surveillance from the store confirmed Hall’s story of what transpired.

Deputies found Davis at his home with the handgun used in the shooting. When police told him he was being charged with attempted murder, he replied, “he was shooting at me,” the report said.

A criminal history on Davis showed he had been convicted nine times on felony charges. He was booked at the Indian River County Jail. Bond set at $1,100,000.