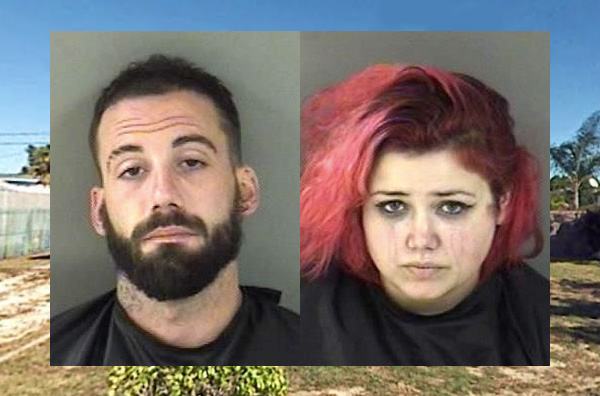 As deputies arrived, they met with the victim, identified as Thomas Gloetzner. The victim stated that two people, who gave him a ride home from a bar, are still in his house and are demanding money.

Inside the home, deputies found John Moore, 29, and Brittany Holbrook, 25, standing in the living room with items in their hands.

Gloetzner said that after they had left the bar, they went to a store to buy more alcohol to drink at his home. Eventually, he told Moore and Holbrook that he didn’t want to drink anymore and asked them to leave. The two suspects left but returned 15 minutes later banging on the front door.

When Gloetzner didn’t answer the door, the two suspects allegedly broke the door handle and rushed inside the home. They demanded money and began taking items.

Deputies walked through the house, and Gloetzner pointed out the damage done in the bathroom by the two suspects. The toilet seat was broken off, and the tank was pushed back off of the bowl.

The door handle to the front door was located in the vehicle driven by the suspects.