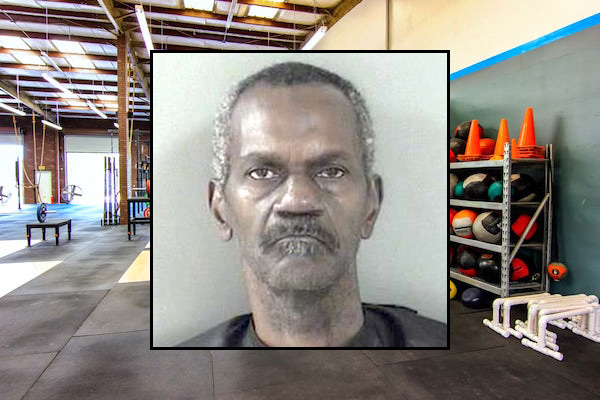 VERO BEACH – The Indian River County Sheriff’s Office responded to a call about a theft at CrossFit Vero Beach.

Rob Delacruz, the business owner, told deputies that someone has been burglarizing his establishment. He stated that employees and himself noticed that $500 to $600 in money was missing from the office area.

Delacruz eventually installed a camera and caught the suspect entering the business through the locked front door. He noticed that a key was used since there was no forced entry.

One clue is that the suspect entered the business a short time after his cleaning crew exited. Delacruz did not recognize the suspect.

Deputies spoke with the former cleaning company and presented a photo of the suspect. The owner recognized the suspect and identified him as 55-year-old Patrick Drakeford.

Drakeford was then located by deputies with a key matching the front door of CrossFit Vero Beach. He told deputies that he was going through hard times and took “a few dollars here and there” to help pay his bills, according to the report.

Drakeford was arrested and booked on charges of Felony Burglary of Structure and Theft. Bond set at $12,500.