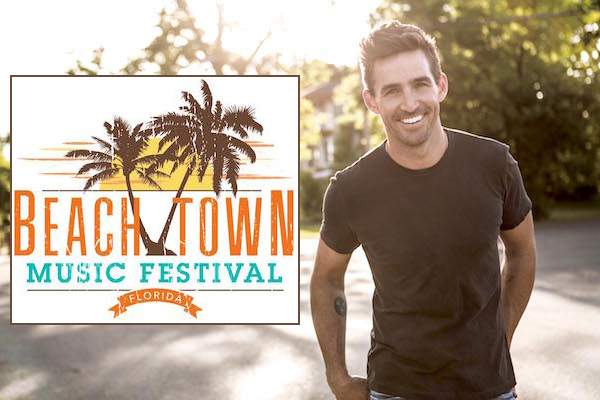 VERO BEACH – Those who purchased tickets for the Beach Town Music Festival in Sebastian and Vero Beach will have to wait until next year to see a concert that featured Jake Owen.

Some concertgoers are upset because they want their money back, and the marketing company that was scheduled to put on the Beach Town Music Festival this past October will not respond to requests for refunds.

The problem appears to be escalating among consumers. Angry customers are writing reviews on the Beach Town Music Festival, causing their 5-star ranking to drop to 1.5 stars. Two people gave the festival a five-star review, but 15 people gave it 1 star.

The concert was scheduled at the Indian River Fairgrounds on Oct. 7th and 8th. But now those with tickets will have to wait another year. The new dates are Dec. 8th and 9th of 2017.

Jake Owen was scheduled to play on a Saturday night in October 2016, but will now perform on a Friday night in December 2017. This is causing conflicts with those who purchased tickets. The lineup has also changed.

“Refunds should be honored when you postpone something over a year and flip around the headliner’s night to boot,” Jenni Thornberg wrote on Facebook. “Spent a fortune on tickets.” Jenni said the concert was a birthday present.

“It’s funny how they are giving away tickets,” Tim Lowe wrote. “Why don’t they give something to the people who paid months ago.” Tim said he tried three times to get his money back with no success. He received one email stating that a refund will be made upon confirmation, but that was three months ago.

“I’ve emailed them with no response. Now we have to wait a year,” Tony Ross wrote. “Guess I’ll loose $500. Jake [Owen] you should be disappointed in these people.”

“Horrible communication and very unorganized. People have been requesting info and refunds for the canceled event, and they don’t have the decency to respond to them,” Melani Finn wrote.

On or around Dec. 20, the Beach Town Music Festival’s “Contact Us” page was taken down. Consumers received a “404 Error” when trying to contact them about their refunds. The page is now back online, but ticket holders are still waiting for a response.

Some customers are calling it a “complete scam,” as noted in some of the reviews.

Everyone understands that a concert was postponed because of Hurricane Matthew. The storm was an inconvenience for everyone in Indian River County.

However, why should ticket holders wait another year to see a concert they already paid to see? This is unheard of. Concerts that are postponed are usually rescheduled within a month, not 14 months.