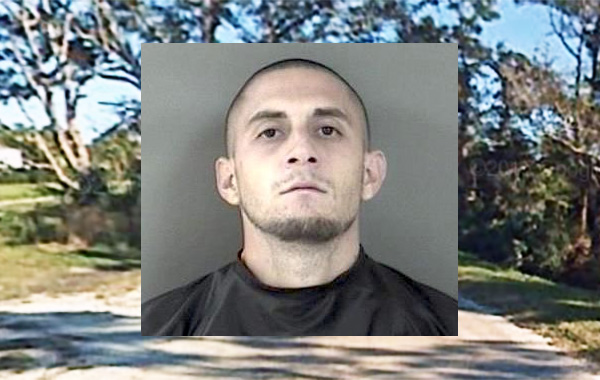 VERO BEACH – The Indian River County Sheriff’s Office received a call about an unconscious man sitting behind the wheel of a pickup truck on 13th Street.

A witness saw the vehicle blocking the road and said the driver was breathing but began to go into a seizure. Since the truck was still in gear, the witness placed logs behind the wheels, preventing it from rolling.

Shawn DeLuise, 26, was later identified as the driver. DeLuise woke up and attempted to run over a deputy while trying to flee. Since the logs were still in place behind the tires, the wheels were spinning.

While searching the vehicle, Deputies found a razorblade on the center console next to a small plastic baggie with a white powder substance. Next to the baggie was a small plastic straw and a syringe inside a water bottle. On the bottom of a can was a piece of cotton with burn marks. The substance tested positive for cocaine.

DeLuise was also found with 21 small plastic baggies in his wallet that tested positive for the presence of heroin.

Deputies learned that DeLuise’s driver’s license was suspended in January 2015. He’s also had a guilty conviction of driving with a suspended license in May 2015.