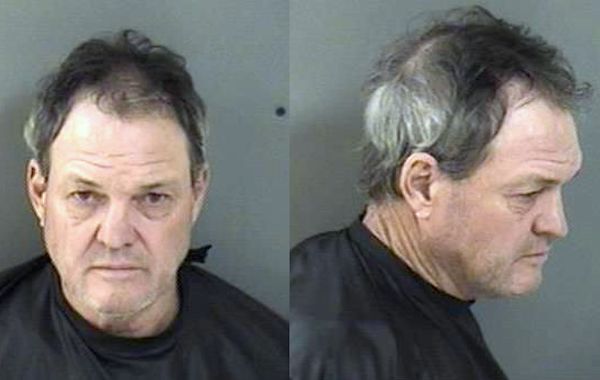 A Vero Beach man was arrested for DUI after a motorist called police about his reckless driving. Photo by Indian River County Sheriff's Office.

VERO BEACH – On Monday, at approximately 3:00 p.m., a motorist called law enforcement to report a reckless driver on U.S. Highway 1 in a black F-150 pickup truck, according to the Indian River County Sheriff’s Office.

A deputy soon spotted the Ford truck driving at speeds of 70 mph in a 55 mph zone, the report said.

“When the truck got to the 5500 block of U.S. Highway 1, it was in the inside lane and started to veer to the right, driving over the fog lane,” the deputy said.

The deputy conducted a traffic stop on the F-150 pickup truck at the Shell Gas station parking lot.

Richard Tyler Morris, 54, was identified as the driver of the truck. The deputy advised that he stopped Morris after he crossed the fog line and that a motorist called about a reckless driver.

As the deputy spoke with Morris, he smelled a strong odor of an alcoholic beverage emitting from his breath and the vehicle. Morris said he hadn’t slept for a few days because of his girlfriend, according to the arrest affidavit.

The deputy noticed that Morris was slurring his words when he spoke.

“I then asked about the clear cup in the center console next to the driver’s seat which had a liquid pink color and ice,” the deputy said. He asked to smell the cup, and Morris stated that was fine.

A few minutes later, Morris openly admitted that there was vodka in the cup, according to the report.

After conducting standard field sobriety tests, Morris was arrested and transported to the Indian River County Jail where he was booked for DUI.