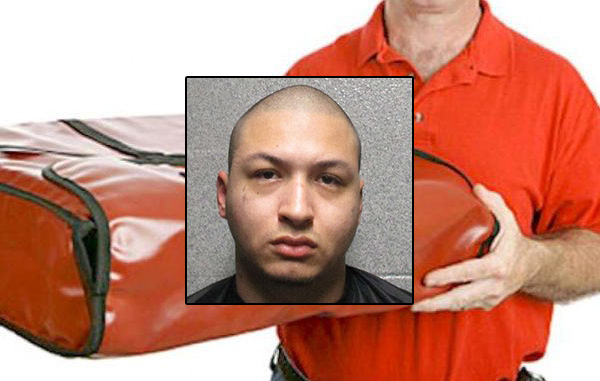 Noe Montiel, 18, was sentenced to ten years in prison for robbing a Sebastian Papa John's driver in Fellsmere, Florida.

Noe Montiel, 18, was sentenced to ten years in prison after entering a plea of Nolo Contendre in Circuit Court on July 11, 2019.

Montiel was suspected of robbing a Papa John’s pizza deliveryman on August 9, 2018 at gunpoint while wearing a mask in Fellsmere. After a five-day investigation, Fellsmere officers obtained sufficient probable cause to arrest Montiel and took him into custody on August 15th. He remained incarcerated until his sentencing on the 11th .

“We are very pleased with this sentence. The victim, in this case, feared for his life and Noe Montiel is responsible for that. He is now going to be held accountable for his actions,” Fellsmere Police Chief Keith Touchberry said.

“This is also a case where a very courageous fifteen-year-old witness provided critical information that led to Montiel’s arrest. This witness remained committed to testifying in court but was spared that experience as a result of this plea,” Touchberry added.

Montiel was 17 years old at the time of the offense but because of his criminal history, was tried as an adult. He was sentenced to 10 years in prison for robbery with a deadly weapon while wearing a mask but was credited with the 315 days he spent in the Indian River County Jail.