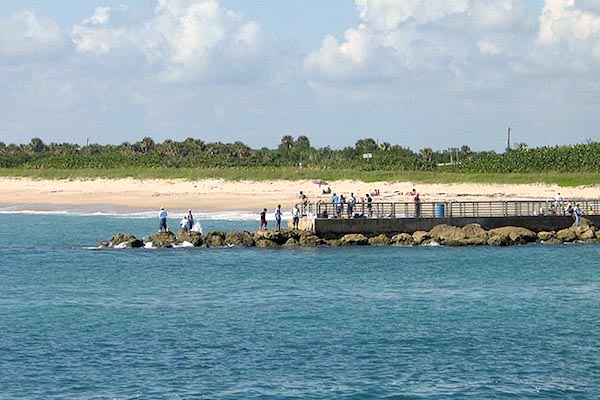 Fishermen says someone stole his fishing rods at the Sebastian Inlet State Park.

SEBASTIAN – A fisherman says someone stole his expensive fishing rods from the South Jetty at the Sebastian Inlet State Park last Saturday.

At approximately 5:00 a.m., his girlfriend showed up with some food and drinks, and he asked one of the fishermen to watch his fishing rods. The man agreed.

Baird and his girlfriend went to the Ranger’s Station and used the public restrooms. When he returned to the fishing spot, he said his rods were gone. He then found the man who was supposed to be watching his fishing gear at the end of the South Jetty with two other subjects and asked where his poles went. The men stated they didn’t know.

Baird then questioned everyone on the Jetty, and no one knew what happened to them. So he shouted that he was “calling the cops,” and the two of the men left on foot but without fishing rods.

When a deputy showed up, Baird said he thinks one of the two men who left on foot hid his rods somewhere.

The deputy then spoke to the fishermen who agreed to watch the rods. He said he never saw the rods in the first place because he was fishing at a different spot. He also said the two other men left because they got tired of dealing with Baird. The alleged victim was making demands to have his poles replaced immediately.

The deputy, along with Baird, and others searched the Jetty but found nothing. The other people on the pier agreed to allow law enforcement search their vehicles for the missing fishing poles. However, the fishing rods were not found.

The stolen fishing poles were identified as follows:

The deputy was unable to locate any witnesses to the theft. The case is currently inactive unless new information becomes available.